Executive Director of the Imani Centre for Policy and Education, Franklin Cudjoe, has called on government to publish the details of the 7 billion dollar oil and gas agreement, with global firm ENI.

He said this will ensure that suspicions about the deal are cleared in time to avoid the hullabaloo over the government’s deal with Ameri Energy.

According to Mr. Cudjoe, it will serve the interest of Ghanaians for government to be transparent with the various contracts it has entered into particularly in the energy sector.

Franklin Cudjoe was speaking at the 5th edition of the IMANI Public Sector Leadership Award ceremony held in Accra on Wednesday.

Five public sector organizations were awarded for reforms made in effective Public Engagement, their Promise of Transformation and Independence.

His Excellency, the Chief of Staff, Mr. Julius Debrah, Minister of State for Public Sector Reforms, Hon. Alhassan Azong, Togbe Afede XIV, Ambassadors and representatives of Denmark, Australia, Switzerland, France, India, the UK, Canada, South Africa and Colombia heads of major bilateral and multilateral donor agencies, civil society, media and business leader, our distinguished keynote speaker, chairman and board members, management and staff of IMANI and all of you distinguished ladies and gentlemen a very good evening to you all and welcome to IMANI’s 5th Public Sector Leadership Awards ceremony.

However the disproportionate balance between politics and policy with the former dominant at almost all levels of government means the speed with which such transformation must occur will be dramatically and frighteningly slow and more likely to deter our progress towards the upper middle income objective. A recurring chorus in Ghana is that the country remains too susceptible to price cycles of specific raw materials on the international economy. Sadly this chorus is hundred years old and has lived with colonial and all modern governments. What is more worrying is that many tend to think that manufacturing or industrialization alone will diversify the economy away from this over-dependence on a few commodities and still provide jobs beyond the imports-fueled informal retail and services sector. No! For this seismic shift to happen, we will need to see growth in overall national capacity and that national capacity must be anchored on a public sector with a strong attitude to reform and without the long invisible but debilitating arm of politics.

When my colleagues at IMANI embarked on this national project five years ago, all we wanted to do was contribute our quota to the public sector reform process and reform effort. We thought naturally that even though in competitive national politics all governments do what they can to stay in power and that offering praise to any agent or bureaucracy of any government meant joining the list of praise singers. We were soon to realise that in fact, offering rare praise was useful, first as a motivator and second as a means to furthering the discourse on good governance. Hence we came up with a simple methodology hinged on three vital pillars of transparent and accountable governance to assess public sector performance. These were Public Engagement, Independence and the Promise of Transformation of public institutions assessed.

Since 2010, my colleagues at IMANI have independently conducted the assessment that culminated in what is today called the Inspirational Public Sector Leadership Awards. However this year, we changed the process of validating our independent findings. We invited 45 MDAs whose representatives joined us on November 5th 2015 in a workshop, to provide the required information and validate the data IMANI had used in its analysis.

This was crucial in order to provide an award system that was balanced and devoid of any subjectivity or bias. So, I can confidently say the 5 winners of this year’s awards have been more rigorously scrutinized. We usually do acknowledge 5 less inspirational public sector leaders, but this evening’s programme is to celebrate the winners and later make recommendations that we believe will boost the morale of the 5 less blessed in a detailed publication. A member of my team will in the course if the evening explain in depth Imani’s criteria for the selection of awardees. We are very grateful for the leadership of all MDAs for availing themselves or their representatives to help in this important exercise.

It is important to acknowledge the modest gains the government under the able leadership of the Minister of State for Public Sector Reform, Hon. Alhassan Azong is making to strengthen public sector reforms. A public sector reform strategy document for 2016-2020 has been concluded and so far there are 17 of these ongoing reforms. I can speak to two of such reforms I personally have been part of which are gradually meeting their objectives.

These are the Subvented Agencies Reform and Pensions Reform. The Committee on subvented agencies which I belong to as the only civil society representative has made capable and acceptable recommendations for weaning off a number of state agencies from the public purse because their immediate and future business plans show they can sustain themselves and even pay government some dividends. It is important to know that the near success of this committee is encouraging some public agencies that hitherto were not on our list to lobby to be taken off the public payroll.

The CEO of the Fair Wages and some members of the committee are with us this evening and they deserve praise. IMANI also forced through its allies in the legal fraternity to successfully negotiate with the government the administrative structures for handling tier two pensions for public sector workers such that government’s earlier attempt at forcefully controlling pensions was relegated. Considering how emotive the issue of pensions had been I believe this development is better for us to build on. I am hopeful that the National Pensions Regulatory Authority will be making this positive development public sooner.

Having said the above, I cannot speak of the same level of success for the remaining reforms such as in public financial management reforms, Energy Sector reform and public-private partnership initiatives to mention a few, not because I am unaware of aggressive efforts being pursued. The efforts are right but they seem to be quite heavy on politics than policy hence stalling the reform agenda.

For instance it will be in the interest of the government and Ghana to consider critical commentary that have been made on energy projects such as Ameri power and ensure that the biggest one to come, the $7bn Eni project is equally devoid of suspicion. Most importantly, government should publish all these contracts so we can all make positive contributions and remove the elements of surprise. It makes no good reading suspicions in the international media about your country’s energy deals when we can avoid them altogether by first accounting to us locally. Government should make us prouder defending them internationally by giving us the tools of non-negotiable transparency.

I believe Minister Alhassan Azong will give us an update on other public sector reforms when he speaks to us shortly. Very shortly however, our keynote speaker Professor Stephen Adei will speak to the theme “Smart Governance: Key Principles for a Better Public Sector”.

But the crucial question remains: after these awards what next? How should all public institutions, including those who will be acknowledged tonight rise to the occasion of the theme for this year’s awards?

I will submit that it is important we all realize as public sector experts Diana Farrell and Andrew Goodman have noted that “In a world characterized by macroeconomic uncertainty, rapid social change, and technological innovation, citizens’ expectations of what government ought to deliver are rising. On the other hand, governments are hampered by unsustainable debt burdens and shrinking budgets. This means for governments to be efficient and effective, they must be ready to inspire public sector leaders to favor the rational and the analytical over the purely ideological, and to be willing to abandon tools and techniques that no longer work. Four principles are therefore needed: the use of better evidence for decision making, greater engagement and empowerment of citizens, thoughtful investments in expertise and skill building, and closer collaboration with the private and social sectors. Each of these principles is central to creating more effective yet affordable public sector service delivery.

Let me conclude by specially mentioning the Danish government and particularly its development agency, DANIDA for supporting us in undertaking this exercise as part of its contribution to the reform effort in deepening public accountability in Ghana. The Danish Ambassador, Her Excellency Toove Degnbol is with us here today and we are grateful to her, her country and the local staff of DANIDA. 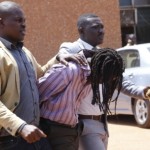