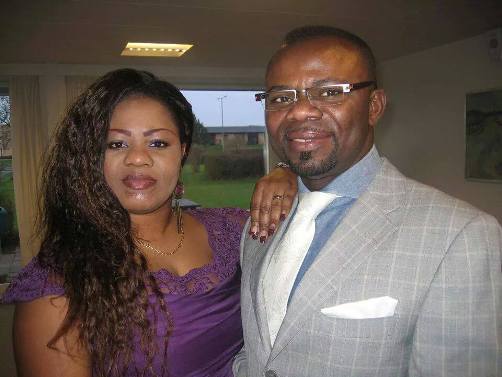 Ex-husband of celebrated female gospel musician Obaapa Christy, Pastor Love Hammond, says his marriage to the singer has finally hit the rocks, ‘in the eyes of the public our marriage has failed but before the law, we are still legally married.

According to him, it is extremely problematic and challenging marrying a celebrity as a man, and if one is not strong enough, he may be devastated for the rest of his life considering the problems that go on in such marriages and has vowed never to marry a celebrity again this life or another life.

Speaking on Rainbow radio he posited that, a man will never have his peace of mind if he should marry a celebrity. The man of God said some celebrities who are married, are not well trained and disciplined despite being gospel musicians.http://ghanapoliticsonline.com

He explained one major contributing factor that affects marriages of celebrities is pride on the side of the women, especially when they become popular.

Pastor Love opined that some ‘unfaithful and greedy married women’ in their quest to satisfy their selfish desire, tend to break their marriage vows.

He also decried the negative influence on the part of family members and friends which he added contributes to the problems encountered in marriages involving celebrities.

Pastor Love advised that, if a man wants his peace of mind, he should avoid ever marrying a celebrity.