President Nana Addo Dankwa Akufo-Addo has denied claims that his administration is taking undue credit for projects started by the Mahama administration.

The president made this comment when he opened a shopping centre in Anloga in the Volta Region as part of activities to mark his three-day tour of the area.

Earlier, a former Municipal Chief Executive (MCE) for Keta, Dr. Sylvester Tornyeavah, had accused the Akufo-Addo government of not acknowledging the opposition National Democratic Congress for projects they started in the region.

The president has, however, parried those accusations.

He said: “We’re here today to commission the Anloga shopping centre. Phase one of that project began in the era of the NDC government and phase two was began and completed in the NPP era. If you remember, when we were campaigning, I said that if by the grace of God, the Ghanaian people were to give me their confidence and I was to come in, I would make sure that whatever was started by my predecessor, I’ll complete it and that is exactly what is happening. I’m not stealing NDC policies, I’m completing Ghanaian projects 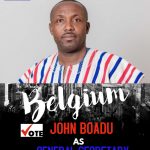 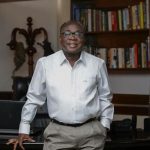