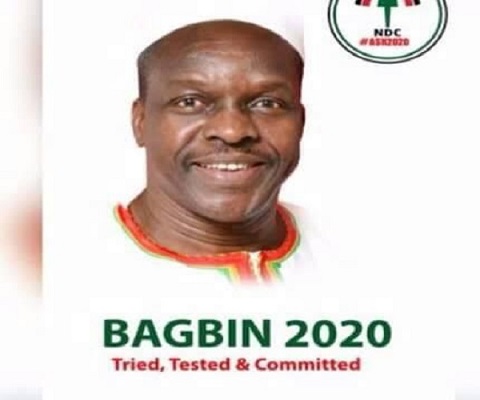 The 2nd Deputy Speaker of Parliament , Hon. Alban Sumana Kingsford Bagbin says he’s not behind the scenes pushing for his bid to run for NDC Presidential slot for the 2020 agenda.

His aide, Joe Kanumba who spoke to Fiifi Banson on Anopa Kasapa on Kasapa 102.5 FM denied knowledge of a supposed ‘Bagbin for 2020 posters’ making rounds on Social media, which political watchers say was a clandestine move to test the grounds for the politician’s long-held ambition.

“I want to state emphatically that Hon. Alban Bagbin is not behind those posters. He’s not aware or known to the persons who have done them. It just appeared that yesterday in the afternoon, we just also saw that and we are making frantic efforts to know who have sent them across…So certainly i can confirm that he’s not aware of them, he doesn’t know anybody who has done that. He’s interested in the best for NDC…Right now he’s interested in the reorganization efforts that has been set in place for the party.” Kanumba told Kasapa FM.

A poster which has the 2nd Deputy Speaker of Parliament , Hon. Alban Sumana Kingsford Bagbin, embossed on it and announcing his readiness to contest for the flagbearership slot of the opposition National Democratic Congress (NDC) has popped up.

The poster which is circulating on social media has a white background with the honourable Member of Parliament (MP) for Nadowli/Kaleo constituency portrait picture with a beautiful smile pressed on it.

It has the inscription “Bagbin 2020” with a proposed motto “Tried, Tested & Committed” beneath it.

On the upper right hand corner of the poster is a well designed symbol of the NDC – the umbrella. Written beneath the umbrella is #ASK2020.

Meanwhile, in April 2017, Hon. Bagbin who is the longest serving MP revealed his long-held presidential ambition when he interacted with some journalists at Takpo in the Upper West Region.

According to him, he has since his childhood, dreamed to be President of the Republic of Ghana.

His basic school teachers, he noted, are aware of this long-nursed dream.

He further told the journalists that he is confident people who know him will not be surprised if he joins the race to lead the NDC in 2020.

“Won’t you be happy if I contest,” he responded to a question that sought his interest in the position.

He continued: “But for me, if you even ask my teacher M.A Seidu he will tell you that my dream from childhood has been to become a president so people won’t be surprised, but you will be happy to see me contest the presidency”.

With barely two weeks after revealing his long-nursed dream, some political pundits are confident the campaign poster of Hon. Bagbin is a confirmation of his preparedness to contest the flag bearer position of the NDC when the party opens nominations. 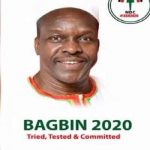