“I don’t have a problem with the Office of the Special Prosecutor. All I will caution is that when the PDA was being passed, the then-opposition advised the government of the day that when they jail all on the opposition benches, it will be their turn, and lo and behold, the first 15 people to be jailed under the PDA included CPP members, and, so, I don’t have a problem with the Special Prosecutor bill.”

His response comes after the Finance Minister Ken Ofori-Atta said that the Attorney General’s Department will operationalize the Office of the Special Prosecutor.

“In the fight against corruption, the Office of the Special Prosecutor bill was just yesterday passed by this august House. This is a significant move in the overwhelming national desire to combat corruption.”

“In 2018, the Attorney General’s Department will operationalise the office of the Special Prosecutor, review all agreements for MDAs and MMDAs with the aim to securing successful convictions in the vast majority of cases referred to the office by the Police,” Ofori-Atta added.

Since the Akufo-Addo administration took office in January 2017, they have been expressing misgivings about a $510 million energy contract signed by the Mahama administration with AMERI Energy with Dr Donkor as Power Minister.

Dr Donkor insists that he is not worried since he served Ghana well and with a clear conscience. 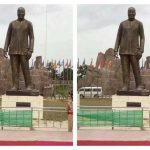