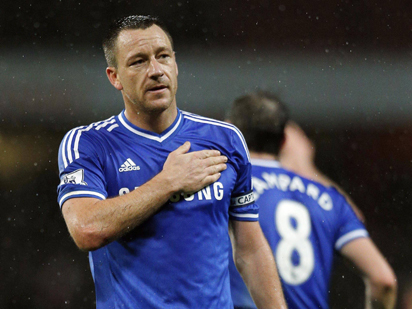 Chelsea captain and club legend, John Terry has announced that he will leave the club at the end of the current season.

The 35-year-old central defender has spent his entire career at Chelsea and last May won the Premier League title for the fourth time. He joined the club aged 14.
Terry was informed prior to last week’s win over Arsenal.

Terry : “To be honest, I was in last week before the Arsenal game and it’s [the contract] not going to be extended.

“It’s my last run in the FA Cup so I want to make it a good one. It’s a big season for me and I want to push on – not just in this competition but in the Premier League as well. I knew before the Arsenal game so mentally I’ve kind of accepted it. We just have to move on.

“They said that when the new manager comes in, things might change. It’s a no at the minute. I needed to know now like I have done every January and sometimes it takes a couple of months to get done. Unfortunately it was a no. It’s not going to be a fairytale ending, I’m not going to retire at Chelsea.

“It’s going to be elsewhere which took me a couple of days to get over. But like I say, I knew before the Arsenal game and my performance isn’t going to change – the way I train, what I give for the club. I want to give everything and finish on a high, on 100 per cent good terms with the club.”

Terry has made close to 700 appearances for Chelsea and is the club’s most successful captain, having won four Premier League titles, five FA Cups, three FA Cups, the 2012 Champions League and the 2013 Europa League.