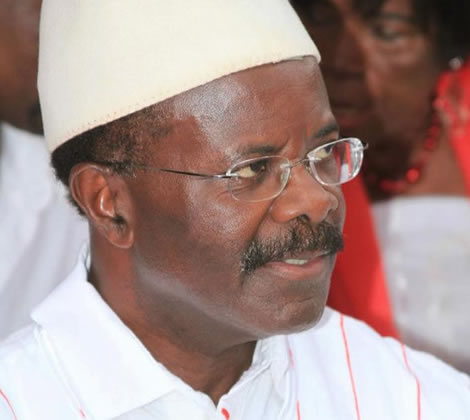 Business mogul and founder of the Progressive Peoples Party (PPP), Dr. Papa Kwesi Nduom, has said that he will no longer contest for any political office after the 2016 elections.

He says he will take the back seat and push younger candidates after next year’s polls.

“As for me, after this election I will be seating in the back room and push young people in front and help them.

“Whether it is parliament or president or anything; I am done with elections after 2017. It is important that we train our people and get young people to be properly advised,” flagbearer of the PPP told Starr News’ Osei Owusu Amankwaah in an interview.

Dr. Ndoum also noted that the PPP is open to an alliance and possible coalition with other opposition parties going into the 2016 elections.

“I will be ready to support our party going into a coalition arrangement with other parties ahead of the elections. I don’t see anything wrong with other parties coming together to form a formidable force to bring an end to this NDC misrule”.

He said Ghanaians must realise that they cannot continue voting for an incompetent political parties and expect better delivery in government.