Founder and General Overseer of the Glorious Word Ministry International, Reverend Isaac Owusu Bempah has hinted that he would disclose names of corrupt individuals within the ruling National Democratic Congress (NDC) government who are likely going to be jailed after exiting office.

According to him, the names of the prison-bound corrupt NDC officials will be revealed tonight at his church during the 31st Watch Night Service.

Speaking on Adom TV, he added that there will also be revelations concerning the general happenings in the country in the coming year.

Known to have correctly predicted the winner of the December 7 elections, Rev Owusu Bempah is also on record to have said Nana Addo’s government would be a successful one in the history of Ghana because he [Nana Addo] has the blessings of the Almighty God. 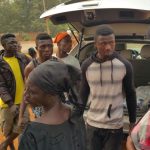