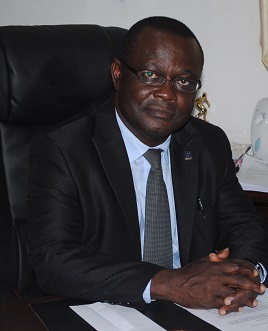 The newly appointed Vice-Chancellor of the University of Ghana, Professor Ebenezer Oduro Owusu has pledged to lead with integrity and a spiritual transformation of the university.

Prof Owusu takes over as successor to the current Vice-Chancellor, Professor Ernest Aryeetey, who retires from office on July 31, 2016, a statement issued and signed last Friday by Mercy Haizel-Ashia, Registrar and Secretary of the University Council said.

Speaking publicly for the first time after the announcement at the Trinity United Church at Legon (TUC) on Sunday morning, Prof Owusu said it was his aim to bring happiness and encourage those who have no courage to climb up to do so, as well as lead the University through the difficult period.

“The university will see a spiritual transformation under my leadership”, he said and the congregation responded with an applause.

He said from Friday since the announcement to Sunday morning, at least he has replied over 2000 emails, text messages and WhatsApp messages.

He said one of the emails which came from one of his fiercest competitors to the position read: “You know it is the Lord who has given you that seat, and the Lord knows why he gave you that seat, to use that seat to cause a change in the spiritual life of the university.”

“And that has been the sign leading to the end of the process. So my reign as Vice Chancellor will see a spiritual transformation of the university…I will lead with integrity,” he said.

Prof Owusu said it was his prayer that the Lord who has given him the job, will help him lead “Ghana’s most important university”.

He is a professor of Entomology at the Department of Animal Biology and Conservation Science and currently the Provost of the College of Basic and Applied Sciences, University of Ghana.

A scholar of international repute with proven knowledge and experience in university administration and governance, in addition to demonstrable fundraising ability, Professor Owusu has served on numerous University Boards and Committees as well as serving as Hall Tutor and UTAG Secretary. 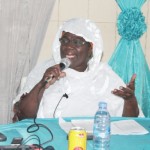