President John Mahama has said his government will bridge the gap between the south and the north through development projects in the Savannah Accelerated Development zone.

Speaking at the 20th Ghana International Trade Fair in Tamale on Saturday March 5, he said government was investing in the health sector to transform the lives of the people.

“If you look at the social development index you would say that Ghana is making a lot of progress in achieving the millennium development goals in terms of human development. But when you disaggregate the figures then you will find that there are great disparities in our country between the northern part of the country and the southern part,” Mr Mahama observed.

“If you take every single human and social indicator from maternal mortality to infant mortality to poverty statistics and all that, you will find a wide disparity between the north and the south.

“That disparity and that gap is what we seek to break by the work that SADA is doing and so government is investing more in the health sector.

“At the regional level, we are expanding the Tamale Teaching Hospital in order that it can be a deserving hospital to provide medical education to our young doctors that are training in the University of Development Studies Medical School. Apart from that we want it to be a specialist referral hospital for the northern part of this country, so that illnesses that cannot be managed in other parts of the zone, can be transferred to the Tamale Teaching Hospital for specialist care.

“[Apart] from that we are upgrading the Bolga Hospital, so that it can serve as the regional hospital for the Upper East Region so that the polyclinics and health centres and district hospitals can make referrals to the Bolga Hospital. The Wa Hospital is coming up and it is my hope that we will be able to complete it as quickly as possible, so that Wa also has a regional hospital that is befitting of its status as the capital”.

“There are transformational projects that we are working on. One is the Tamale International Airport. You can see work ongoing. By the time it’s completed, it will have the longest runway in Ghana and it will be able to take aircraft of all sizes and capacities because one of the intentions of that airport is to create a special cargo zone, so that agricultural products, horticultural products, vegetables and other things produced here, will be airlifted from here.

“If we are able to invest in agriculture and expand in agriculture production, it will not only create jobs, but the airport will give us the opportunity to be able to send our goods into the European markets.

“Aside from that we have on the drawing board the expansion of the Buipe port, so that the Volta river can be used as a natural corridor for bringing goods from Tema to Buipe, and serve as an entry port for the landlocked countries and to allow goods coming into the northern savannah zone to be brought to Buipe and redistributed from there.” 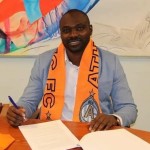