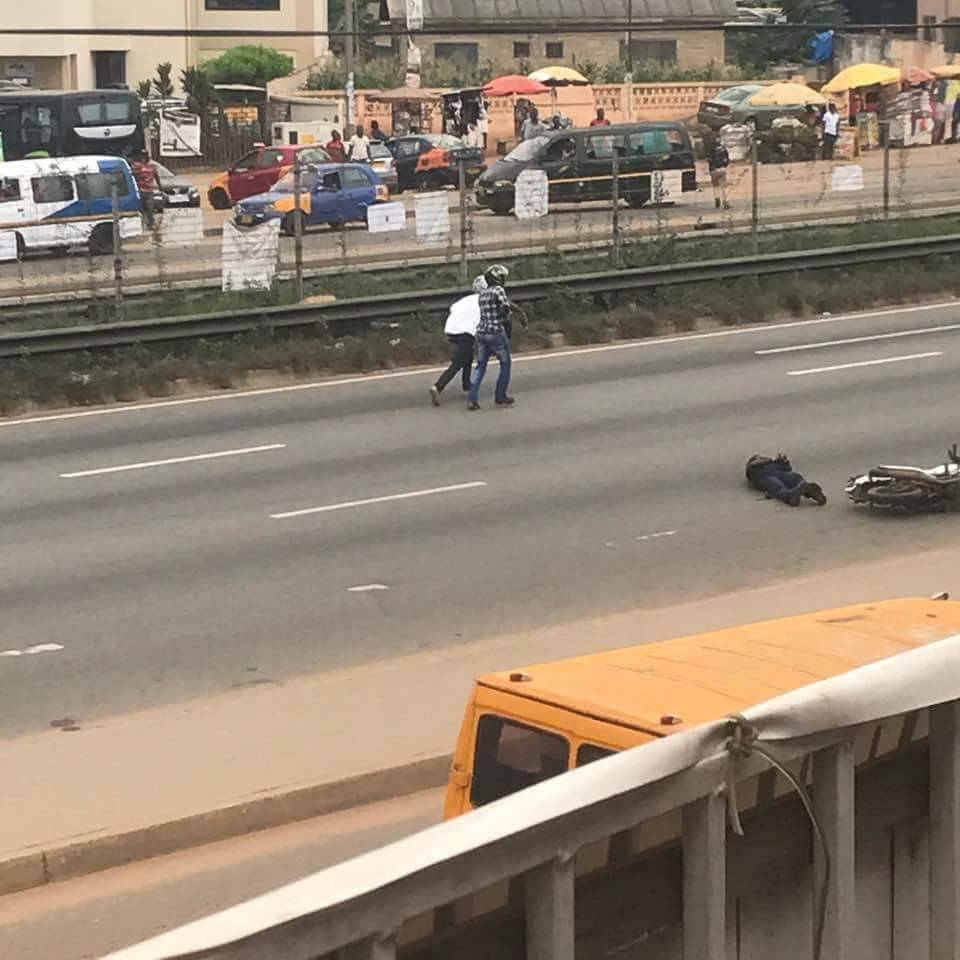 The Inspector General of Police, David Asante Apeatu has announced a GHC10,000 reward for anyone with information leading to the arrest of two armed men who shot two police officers at Abeka Lapaz killing one of them.

The incident took place in the full glare of the public on the N1 (George Walker Bush) Highway Thursday afternoon bringing activities in the busy area to a sudden standstill.

The officers, Daniel Owusu and Djibril Alhassan who were on their motorbikes, were said to be pursuing the suspected criminals who were also riding a bike when they shot at them at close range.

Owusu was shot multiple times and was rushed to a nearby health facility by some members of the public but died shortly after. The Accra Police Command in a statement has said, Djibril is however in a stable condition.

The suspects later snatched an unregistered Hyundai Sonata vehicle from its owner at gunpoint and sped off, a police statement said.

Commissioning an office for the Divisional Command at Kaneshie in Accra Friday, Mr Asante Apeatu said: “It is sad to note that very few criminally minded groups and individuals continue to perpetrate violence on our hard working officers as well as some members of the public.

“The killing of a constable, who was on lawful community policing duties to protect the public, is a matter concern to the Police Administration as well as the entire Police Service and the public.

“On this note, the Police Administration is offering a reward of 10,000 cedis to anyone who provides information leading to the arrest of those behind this criminal act,” the IGP announced.

He, however, said details of the reward will soon be provided while he appealed to the public to “assist the police to bring these criminals to book”.
Meanwhile, Mr. Asante Apeatu has vowed the police administration will get to the bottom of the matter despite admitting that the Service currently has logistical constraints.

He also announced plans to embark on a tour to assure members of the force to remain resolute as they commit to serving the nation.

The Tesano Divisional Police Command has intensified patrols along the Lapaz enclave in Accra where the incident occurred.

Tesano District Commander Edward Kojo Tetteh told Joy News’ Beatrice Adu they are going to be more vigilant and change the patrol trends in the area.
“Crime trend changes and when they do we also change our trends,” he said, adding they are studying the trends and will react appropriately.