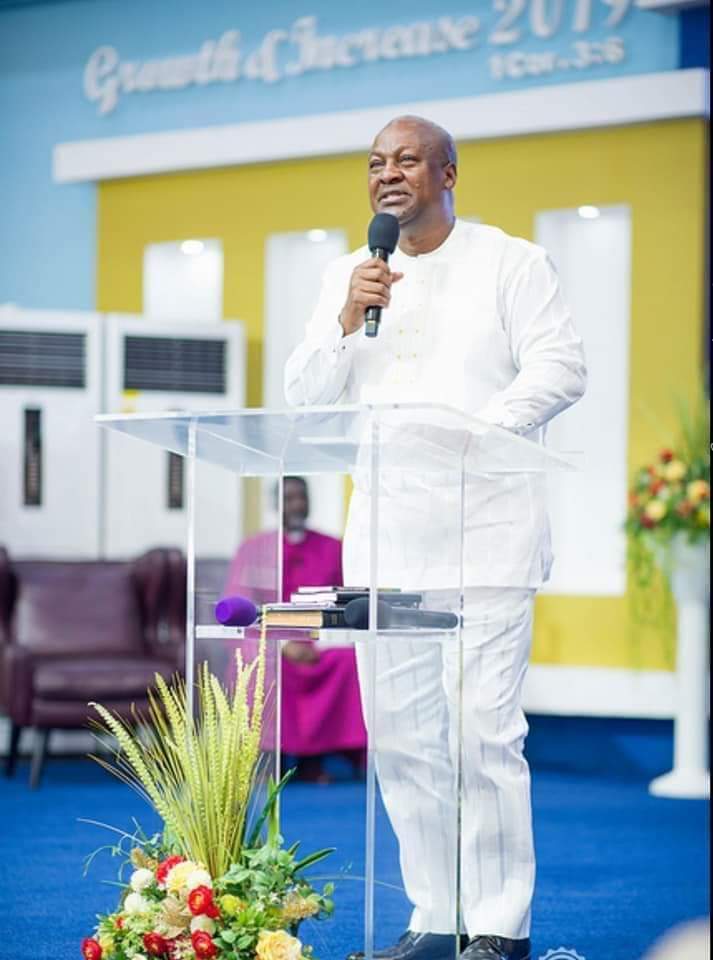 According to him, voters will on December 7 make a decision based on trust and what the two main candidates delivered while in office and not on emotions.

The NDC leader was responding to President Akufo-Addo’s recent plea to the people of Kwame Danso, a strong hold of the NDC in the Sene West district of the Bono East region to change their voting pattern.

Mr. Mahama observed that all major development projects, including roads, electricity, water, schools, health and other facilities in various communities were provided to benefit the people by the NDC while in government.

John Mahama who was addressing a mini durbar of chiefs and people of Kajeji in the Sene East Constituency referred to the abandoned road from Kajeji through Kwame Danso to link the Atebubu Amantin- Ejura-Mampong highway and said the road would have been completed if the NDC were in office.

He also took a swipe at the Akufo-Addo government for their failed promises and what he called a campaign of lies, urging the people to reject Akufo-Addo and the NPP at the polls.

The NDC flagbearer assured the youth and people in the area of job opportunities.

He announced that made reference Agricultural Mechanisation Centres will established across the country to offer enhanced services farmers to expand their farms and improve yield.

Mr. Mahama also urged the youth to take advantage of the free TVET and skills training opportunities that his government will be providing.

According to him, beneficiaries of the National Apprentice Programme will in addition to the free skills training also receive starter-packs to assist them start their own operations.

The former President said his promise to legalize and regulate the Okada business will be realized when he assumes office in January 2021, adding that interested persons will also be assisted to acquire motorbikes and pay back in installments.

He explained that the policy is a better alternative to leaving the youth idle around and avoid the temptation of becoming drug addicts.

John Mahama is on a three day tour of the Bono East Region.