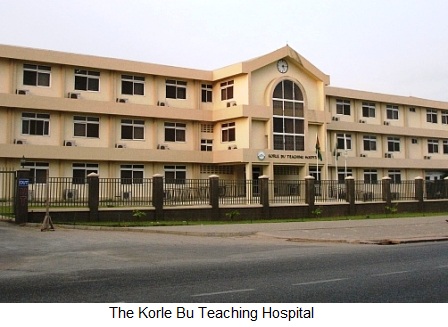 Specialists at the Korle-Bu Teaching Hospital say they cannot understand why the Intensive Care Unit of the hospital has been closed for two years.

Patients needing special surgery now face the real risk of dying needlessly because a building in which their lives would be saved has been under renovation for two years, Dr Hadi Mohammed Abdallah, who speaks for the Specialists, lamented.

“What reason at all can we give for closing the ICU for two years? I feel sad as a Ghanaian that we can allow this to go on for two years. I mean this just has to do with logistics,” he told Joy News’ Kwettey Nartey.

In some cases it can now take about six months before an emergency surgery can be performed. Patients often die before they can come under the doctor’s knife.
He remembers calling a patient to re-book him for surgery after it had to be postponed for lack of beds. He was told on the phone, the patient had died.

The closure of the ICU is worsened by the fact that there is also an acute lack of medical equipment needed for surgery. An entire medical block has only one nebuliser for asthmatic patients and there is only one equipment used to hold the neck to conduct surgeries. The waiting lists for specialist care keep growing.

Abigail Owusu Diko was diagnosed in August 2015 with cervical spinal tumour in the neck. Although her neurosurgeon revealed she needed immediate attention, the specialist had no choice but book Abigail for surgery in six months’ time – January 2016.

“He made it plain that if the surgery takes long it will cripple my daughter so we were surprised that [he gave us ] about six months [to wait for surgery] but we had no option because he said that is the next available time to do the surgery,” his father recalled.

Her desperate father pulled several strings to get the date for the surgery pushed back to October 29, 2015. Abigail was crippled, her temperature was too high for surgery. She was finally admitted at Korle-Bu on November 2, 2015.
After more than GHC10,000 was spent just to lower her temperature, Abigail, an undergrad died.

“I feel terribly sorry. My daughter told me to sue them”, the father told Kwetey Nartey.

“Korle-Bu is a graveyard. If you go to Korle-Bu just prepare yourself for the mortuary”, the experienced etched a new conviction in the man’s mind.
For Specialist Dr Hadi Mohammed Abdallah, the problem is a sign the nation is not serious about health care.

“I think that this country is getting it wrong,” his ceaseless lament continued.
Dr Hadi Mohammed Abdallah believes the crisis of healthcare at Korle-Bu can be resolved in a week if government shows the same commitment it shows to Ghana’s senior national football team, the Black Stars.

Government chartered a flight loaded with $3million to pay the Black Stars after they threatened not to play during the World Cup in Brazil in June 2014.

“If you need to also get a special jet to go and bring these equipment…we should do it. For a country to put more worth on 23 footballers because of so-called passion of a nation against the health of a whole nation, it is wrong,” he regretted.

The Specialist noted that his comparison of health care and football may not be apt nor is he against devoting attention to a game that has become a cult to Ghanaians.

But Korle-Bu is the last hope for patients with a certain category of medical conditions in Ghana like those suffering from cancers and tumours.
“The patient has nowhere to go. They have nowhere to go. Nowhere and it is sad,” he said. He said doctors are being abused and insulted for failing to save lives for no fault of theirs.

“The family [of such patients who die] will never forgive you and that is what is currently leading to the abuse of doctors.” he said. 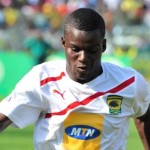