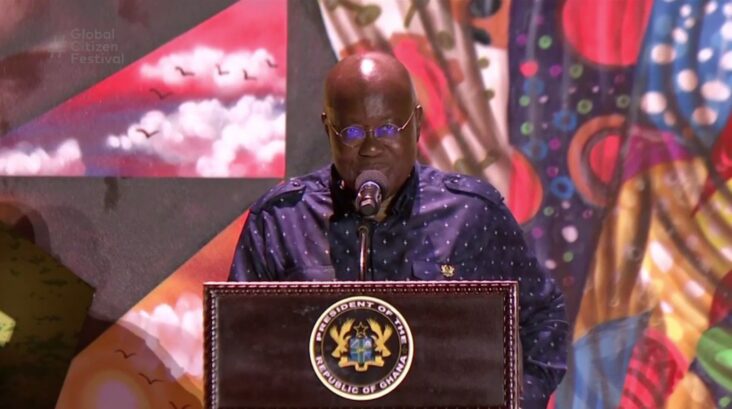 In the 2016 election, I said a silent prayer of victory for then-candidate Akufo-Addo. Here was a man who had harboured the grandiose ambition of leading this country as president, one day, right from infancy.

The young Akufo-Addo had seen politicians frequent his house for strategic meetings as his father, Edward Akufo-Addo, a former ceremonial president, member of the Big Six, was engaged in the fight for independence.

His father’s role exposed him to politics quite early, I suppose, hence, his desire to, one day, lead this country.

The top civil servant job had eluded him in 2000 when he lost the NPP flagbearer position to former President John Agyekum Kufuor. It eluded him again in 2004 because Kufuor was going for a second term as president.

He had to wait his turn in 2008 to become flagbearer but having come close to achieving his dream, he was beaten in the presidential race by the late John Evans Atta-Mills. He lost again in 2012 to John Mahama, but with a die-hard attitude, he finally succeeded in 2016 to become president. His elevation to the highest office of the land served as a personal motivation to some of us to never give up on our dreams because they could come true no matter how long it takes.

Here was a man who appeared to have the solution to all of Ghana’s economic woes while in opposition. In government, however, he seems to have misplaced his solution notebook.

These are my own thoughts on Akufo-Addo’s leadership and how he has managed affairs of state so far.

To say I’m upset is an understatement, and my frustration is not on the management of the economy, but on how he addresses criticisms fired at his government. His defensive posture is worrying.

For me, IF AKUFO-ADDO HAD NOT BECOME PRESIDENT, I wouldn’t have known that loyalty to friends and family was important than the collective good of Ghanaians.

Economists, civil society organisations, top media personalities, Ghanaians in general have called for the head of Finance Minister Ken Ofori-Atta over his failure to arrest the cedi. $1 as of today, 22 October 2022 is GHS14.30p. This is inexcusable for a government that complained during the NDC era when $1 was GHS3. Take a look at the President’s tweet in 2016 as opposition leader.

The Finance Minister, who had told Ghanaians we would never go to the IMF just a week before we went begging cup-in-hand has failed woefully but not in the eyes of Nana Akufo-Addo. The President sees his cousin as the hardest-working Ghanaian. Mr Akufo-Addo has boldly told the citizenry the Finance Minister is the best we have ever had, as if to tell Ghanaians there’s none fit and wiser for the job except his precious cousin. What a show of loyalty to one person to the detriment of us all.

We had a roads minister who unilaterally cancelled road tolls and suggested we turn them into places of convenience on the highways. Mr Amoako Attah, I greet you, sir. He is still at post. Why? Loyalty! In Nana Akufo-Addo’s view, there has never been any Road Minister like Mr Amoako-Attah, as far as roads are concerned, yet residents at various locations across the country are crying for their roads to be fixed daily. A Municipal Chief Executive for Sekondi-Takoradi, Abdul-Mumin Issah, insults a police officer in uniform and threatened him with transfer for challenging him for driving on the shoulders of the road and he still has his job. Loyalty! The list goes on and on.

IF AKUFO-ADDO HAD NOT BECOME PRESIDENT, I wouldn’t have known that in failure, you blame all other factors and others but yourself.

The President has squarely blamed the current hardships experienced across all spheres of lives in this country on others like Covid-19, Russia-Ukraine war, even the main opposition NDC that left office six years ago but himself and his government.

Worst-hit Covid-19 countries like Italy, China, UK and USA are doing fine. Russia-Ukraine war is indirectly impacting all of Europe and not Ghana alone; so, what is the President talking about?

Ahead of the 2020 elections, the Trade Union Congress (TUC), among others, warned the government, led by Mr Akufo-Addo, not to overspend. I know pro-government fanatics will ask for evidence of overspending during the 2020 polls but we were all in Ghana and saw what happened during the campaign period.

Apart from this factor, this government appears to have only one solution to Ghana’s problems and when that solution back fires, they become clueless. We were made to believe E-levy would solve all our problems without a plan B. E-levy was implemented albeit belatedly, and once it failed, this government had no clue of what to do. Now, Ghana is at the doors of the IMF begging with cup in hand.

Today, we are made to believe the IMF is the only solution to our problems and I ask: what if we don’t succeed in getting a deal from the IMF. What is the plan B? The thought of that alone scares me because I bet we have no plan B.

We learnt democracy from western powers and if that is the political way we want to go, then we must learn the good side as well. Former UK Prime Minister Liz Truss resigned from office just after 45 days. She didn’t blame Russia-Ukraine war or Covid-19 or her predecessor for the depreciation of the Pound Sterling when she was in office. She simply said she could not deliver the mandate on which she was elected as Tory leader and had notified the King that she was resigning. Simplicita! She had balls, took the blame and walked with her head high. She didn’t die, there’s no embarrassment in this, it’s a mark of leadership and self-pride.

For failing to arrest the cedi, for failing to provide those cars for okada riders as promised in the NPP’s 2020 manifesto, for the incessant hike in fuel prices and the general hardships, at least, the country’s economic management team should have been kicked out by now, but not in Ghana. The President doesn’t see any fault with his clueless economic ‘messiahs’. None of what is happening is his fault and that of his government but others are to blame. Pathetic!

IF AKUFO-ADDO HAD NOT BECOME PRESIDENT, I wouldn’t have known corruption fight was a mere rhetoric. The men who showed the zeal to fight graft were horrendously kicked out of office – Daniel Domelevo, former Auditor-General, I greet you, sir. You were kicked out of office for going after appointees of this government. What a shame. Mr Martin Amidu, how are you, sir? Ghana’s first Special Prosecutor. It carries a lot of weight for you to refer to your former boss, the man who appointed you, as “The Mother Serpent of Corruption”.

Galamsey is destroying our lands and water bodies and this government cannot tell the ordinary Ghanaian it doesn’t know the gurus behind these illegal activities. Wat’s the use of the national security minister then? The president’s defence, over the years, any time his government is sighted for corruption, is: “Provide evidence.”

In his recent meeting with chiefs and MMDCEs, he said he would not protect any of his appointees if there is evidence they are involved in galamsey. How can we prove they are involved in galamsey sir? That is a daunting task. The evidence is the open pits and muddy waters, what else do you want to see? In any case, Akonta Mining has been sighted by your own government, i.e. Ministry of Lands and Natural Resources for mining without licence in the Nimiri Forest reserve. It is clear the company had no right to enter that forest to mine. The company’s CEO is your party chairman in the Ashanti region, Chairman Wontumi, and he’s still walking freely. What more evidence do you need to, at least, punish Akonta Mining to serve as a deterrent? Another mark of loyalty to Chairman Wontumi for financing your party in your stronghold. He has, therefore, become untouchable despite the glaring evidence. An ordinary Ghanaian businessman would have suffered a different fate. Selective justice.

IF AKUFO-ADDO HAD NOT BECOME PRESIDENT I wouldn’t have known politicians could go from literally begging for votes to calling our bluff. In 2016, when you so much desired to be president, on a campaign platform, you literally begged the electorate to “try me” or “give me a chance”. Today, you are on the verge of completing your constitutionally mandated two term. You’ve fulfilled your long-held ambition of becoming present, so, to hell with us, we can’t threaten you with votes…wow! just wow! Is this the man I said a silent prayer for on January 7, 2016? Was this the best answer you could give angry residents demanding that their roads be fixed or they boycott elections?

IF AKUFO-ADDO HAD NOT BECOME PRESIDENT, I would have thought he was the best candidate Ghana never had. The reason for this is in the introductory part of this article. He had been preparing for this position since he was a child and, hence, many, including me, felt he was the best choice for the nation.

I’m apolitical but a Ghanaian directly affected by the decisions and actions of our leaders in government led by Mr Akufo-Addo. Truth be told, times are hard and it’s no longer funny. One profound statement Mr Akufo-Addo made some time ago was that he was elected to fix the problems and not complain. I’m reminding the president of that statement. Sir, please fix the problem and stop blaming covid-19, Russia-Ukraine war and others but yourself and appointees.

This piece would not have been written on such a hot afternoon IF AKUFO-ADDO HAD NOT BECOME PRESIDENT.