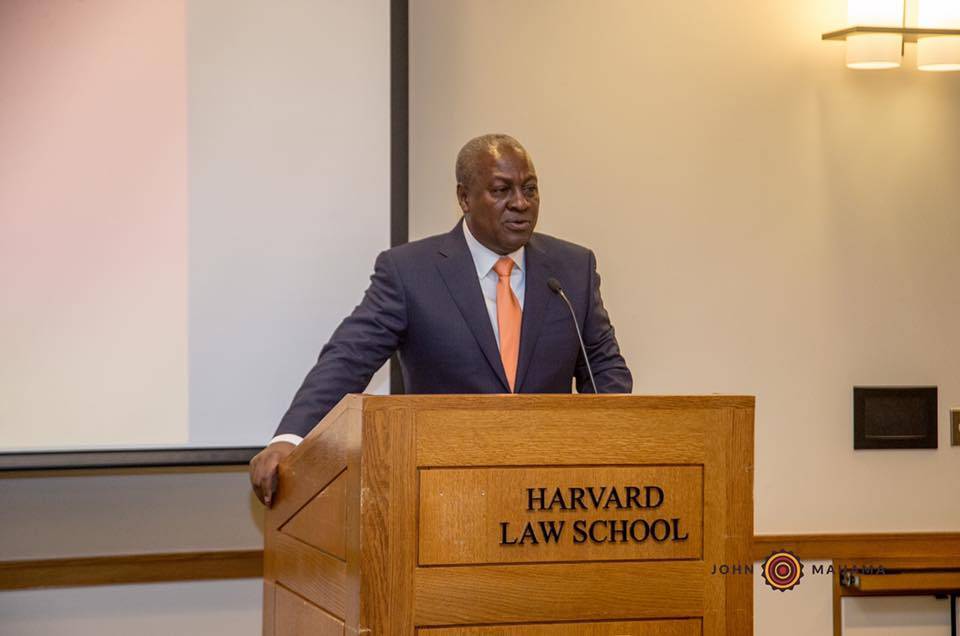 Rev Dr. Obiri-Yobo who was one of the ardent critics of the John Mahama administration says he would like to apologise to former President Mahama for his comments against him and his government and the inconvenience that he caused him.

The former lecturer at the Christian Studies and Ministry department of Ottawa University, said this when he delivered a sermon at this this year’s Annual Global Conference of Resurrection Church Int. held in Antwerp Belgium. According to the man of God,lying has become part of everyday life and accepted in politics, business and society and becoming a common condition of life. Based on what Ghanaians are going through and the massive corruption cases under the current administration in Ghana, I have come to my personal conclusion that we are part of the situation we find ourselves. Society encourages and often reward lying and deception. Our politicians are liars to varying degree.Truth can hurt and offend and Mr Mahama suffered from this simple truth said the Minister.

“I criticized former President Mahama and on various platforms that I spoke, I didn’t hide my disagreements with his policies and happenings in his government. Campaign messages and misinformation can stir your emotions, you vote or cooperate in removing governments and later discover everything was a lie.” said the minister.”

“I have been to Ghana, twice since the current administration assumed power and can tell you confidently that my people in Obosomase on the Akwapim Ridge who listened to my advice and voted out the NDC,have regretted. I felt bad and ashamed when they started narrating the ordeal they going through under the regime I assured them will change their situation. Arrogance, officialdom corruption, dissipation of the nation’s meagre funds have become integral features of the current administration. The honeymoon is over,Ghanaians expect nothing apart from seeing improvements in their lives.The President and his teams seem to have lost control over the country creating insecurity and display of unbridled impunity in the country. The current President and his Vice, in opposition, promised Ghanaians that they will end the decades old trend of excessive borrowing. This was one promise I hammered on whenever I mounted the podium to speak about Ghana.What are we seeing, the administration has signalled Ghanaians that it will borrow more than its predecessors,our minerals resources are being cheaply handed to China. Dictators around the world lie about concerns for their people while embezzling funds and depositing them in Swiss Bank accounts.History has watched the rise and fall of nations because of corruption, the lies in politics etc and see Ghana go back many years in terms of development if this government continues with the massive corruption we witnessing”. Said Rev Dr.Obiri.

“I don’t like to wash my dirty linen in the public which is detrimental to my nation.But I have decided to formally apologise to the former President and make a bold stand to quit from my earlier position about him in order not to mislead voters especially, the people of Obosomase,astray the next time I get the opportunity to share my thoughts with them. The former President deserves our apology and we must not hesitate in doing that. How many of us who vehemently criticised the past administration, can do same today.People are spiritually bruised and get weakened everyday because of the happenings in the administration.” Said the man of God.