The Acting National Secretary of the New Patriotic Party (NPP) John Boadu has said the suspension of Dr Nyaho Nyaho Tamakloe, a founding member of the party, came to him as a surprise.

According to him, he would have kicked against the suspension if he had earlier gotten wind of the intended punitive measure.

The decision to suspend Dr Tamakloe was taken by the Regional Chairman of the party Ishmael Ashitey following a petition brought before the party by a member in the Ayawaso Constituency.

The petitioner, Stephen Asante, accused Dr Tamakloe of conducting himself in a way that undermined the peace and unity within the party.

Dr Tamakloe is alleged to have attacked the party’s flagbearer of not doing enough to resolve the crisis in the party which has led to the suspension of three national officers including the Chairman, Paul Afoko and General Secretary Kwabena Agyepong.

The Regional Chairman Ishmael Ashitey wrote to Dr Tamakloe, announcing his suspension from the party. The Regional executives are however yet to hear the side of Dr Nyaho Tamakloe.

The suspension letter in part, says a committee has been set up by the Regional Executive which will investigate the matter and give Dr Tamakloe an opportunity to respond to the claims made against him.

But speaking to Fiifi Banson on Kasapa FM, Mr John Boadu stated that though he supports maintaining in the party at all times, it is important that the party takes a look at the punitive measures being taken against indiscipline members of the party.

“The suspension of Nyaho Tamakloe took me by surprise, if I had known about it earlier; I wouldn’t have advised that considering the timing. We had taken some of these disciplinary measures against some members who misconducted themselves just before last year ended.”

He added: “I have asked all the regional executives across the country to furnish us with the status of all disciplinary cases before them so that going forward the party will know how handle these matters.” 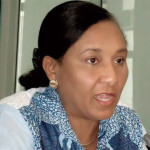