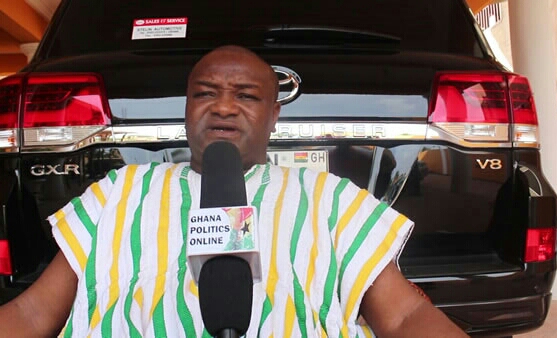 The Leader and founder of the All Peoples Congress (APC), Dr. Hassan Ayariga says he will lead a demonstration for the removal of the Chairperson of the Electoral Commission (EC), Madam Charlotte Osei.

According to him, the Chairperson of the EC is running the office like her ‘personal property’ thereby warranting some staff members agitating for her possible removal from office.

Speaking on Okay FM’s Ade Akye Abia’s morning show, Dr. Ayariga explained that he has no issues against her but will not sit down for her to do things her own way.

“As I’m talking to you now, she has employed two secretaries paying each USD 1500 and USD 2500 respectively, she has also spent GHC40 million to renovate her office and you think this is right? I’m not going to lead a crusade against her because I have personal issues with her but because of her misconduct and her abuse of office thinking that she is above any other person in this country; you are just Charlotte Osei”, he added.

Some workers of the Electoral Commission (EC) have petitioned President Nana Addo Dankwa Akufo-Addo and the Chief Justice, Ms Justice Sophia Akuffo, to conduct full-scale investigation into allegations of financial malfeasance and abuse of office levelled against the Chairperson of the commission, Mrs Charlotte Osei.

Citing breaches of some provisions of the 1992 Constitution by the EC Chairperson regarding her office, conduct and duties, the six-page petition also called for impeachment processes to be initiated for her removal from office.

Meanwhile, the Office of the President has confirmed that it has received a petition from a group calling itself ‘Concerned Workers of the Electoral Commission (EC)’ asking the President and the Chief Justice to begin impeachment processes against Mrs Osei.

The Director of Communications at the Presidency, Mr Eugene Arhin, who confirmed receipt of the petition to the Daily Graphic, declined to give further details, except to say that any further action in that regard rested with the President.

Chairperson of the Christian Council of Ghana, Rev. Dr. Opuni Frimpong is proposing that keeping in mind the country’s next general elections, there should be a search for an alternative Dispute Resolution Mechanism and healthy working relationships dialogue. 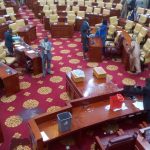