According to him, his involvement in alleged shady deals at the energy sector nearly collapsed the sector.

“I have a problem with NDC especially the deputy Finance Minister whose dubious deeds at the energy sector collapsed the system. I will soon expose his deeds, even our energy minister Boakye Ayarko knows the kind of person he is. I will soon deal with him” he said.

The outspoken MP made the comments on Adom TV’s Morning Show “Badwam” Tuesday in reaction to the press conference organized by the minority accusing the Akufo-Addo government of blowing GHc177 million on processes that preceded the issuance of the energy sector bond.

According to the Minority spokesperson on Finance, Cassiel Ato Forson, government spent GHc87 million on administrative expenses, as well as GHc400, 000 on the printing of material for the energy bond roadshow.

His latest comment follows a press conference the Minority held on Wednesday where they alleged among others that the bond issue was a failure.

They also at the press conference accused the Akufo-Addo government of causing financial loss to the state, and requested that the Finance Minister Ken Ofori-Atta be hauled before Parliament.

But Mr Agyapong argued that such bonds have not been brought to Parliament since the erstwhile Rawlings regime hence it was unnecessary for the Minority to make such claims.

He believes the government has not caused financial loss to the state with the energy sector bond and therefore the Minority in parliament should desist from making unhealthy comments around the issue and allow Nana Addo to work.

He noted that the New Patriotic Party government has a clear road-map on the bond going forward, and will not be forced to increase the interest rate.

“Nana Addo and the NPP government knows what they are doing and so the earlier the NDC keeps quiet, the better for all us. I blame the NPP because they will end up giving the money from the bond to these same NDC members who are against the bond. 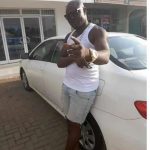