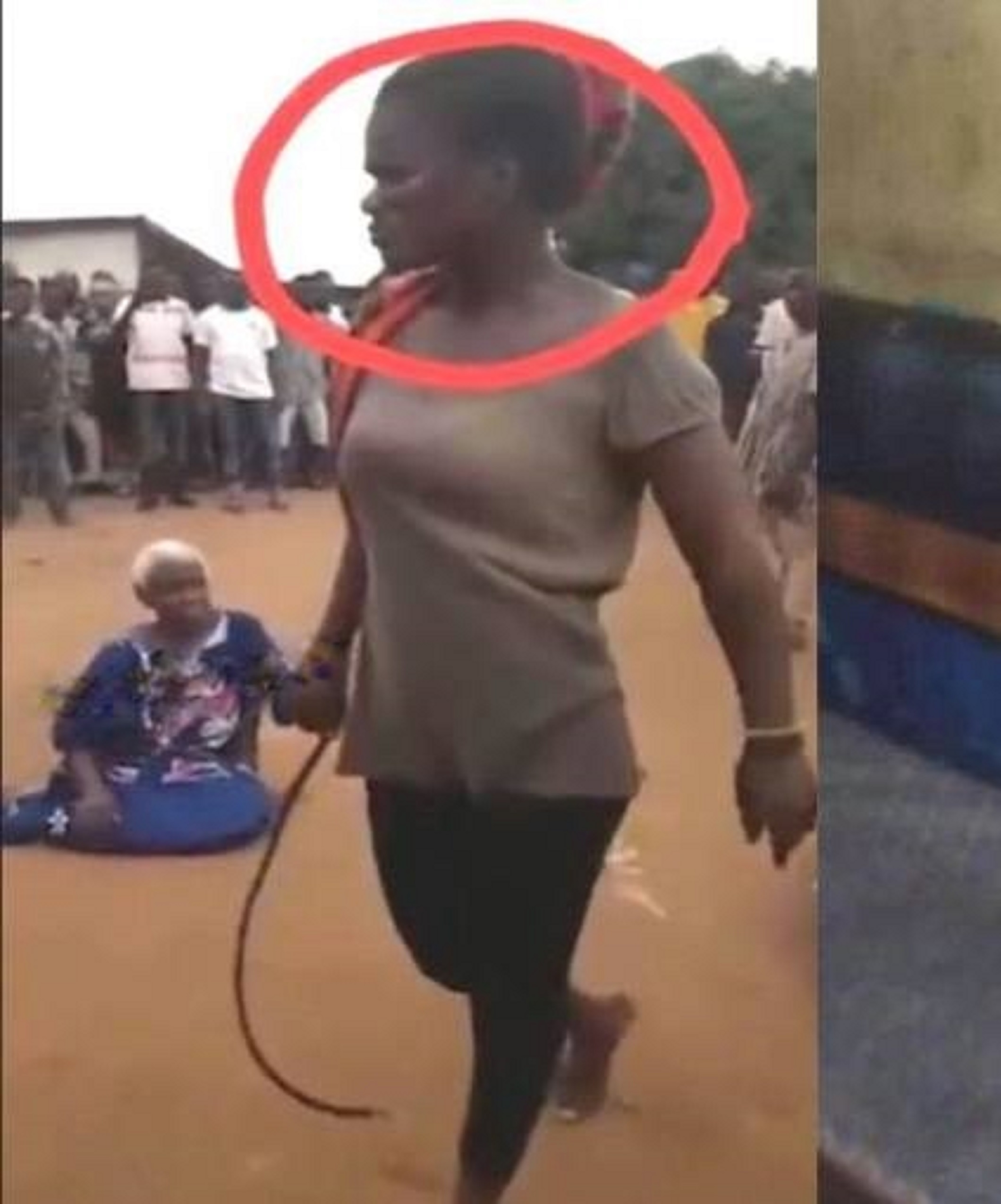 The lady captured in a viral video whipping Akua Denteh, the 90-year-old woman who lost her life as a result of the severe beatings, Latifah Bumaye has said she was not aware she was beating an old woman because she was possessed.

Latifah Bumaye, in Kejewu Bator a fishing community in Abrumase within the East Gonja district of the Savanah region.

According to her, a white powder was sprinkled on her by the Priestess’ linguist so she was in a trance when unleashing the lashes on the old woman.

Akua Denteh died after suffering severe beatings after she was declared a witch by a self-styled priestess in Kafaba in the Savannah.

Since her death, several high-profile persons including the President of Ghana has condemned the act and have called on the Police to ensure that justice is served the old woman who lost her life to the reckless people.

Meanwhile, seven people including Latifah Bumaye have been arrested in connection to the death of Akua Denteh.