Acting National Chairman of the governing New Patriotic Party (NPP), Freddie Blay has said NPP members criticized him after he accepted to publish in the Daily Guide, advert of former President John Mahama and NDC during the electioneering campaign.

Speaking on Asempa FM’s Ekosii Sen programme, Freddie Blay said he was accused of supporting the cause of the NDC government instead of promoting Nana Addo and the NPP.

Several adverts of the NDC members from the Central Region were published in the Daily Guide newspaper appreciating the works former President John Mahama for some development that has taken place in some towns in the central region.

Also, there were adverts in the Daily Guide Newspaper promoting the re-election bid of former President Mahama ahead of the December 7 general elections.

This angered some bigwigs in the NPP which led to persistent interrogations over Freddie Blay’s loyalty to the cause of NPP.

Responding to critics, the acting chairman Freddie Blay said he or the Daily Guide cannot be blamed for acting professionally, adding that the decision to publish NDC advert was because it was purely commercial and also in journalistic principle fairness and equality must be given to all.

Freddie Blay emphasized that despite the Daily Guide newspaper being pro-NPP, the company must also look at the business side and also make money to keep the company active. 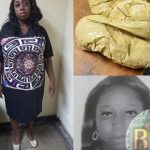