Ibrahim Mahama, the brother of former president John Mahama, has revealed that his company, Engineers and Planners, was paid GHC25 million to prepare the grounds for the AMERI power turbines.

In an interview with Accra-based Citi FM, Ibrahim stressed that the amount he took was so small that no foreign contractor would have accepted it.

He said it took his firm three days to complete work at the site, adding that he took the “small” amount to save the image of his brother, John Mahama, because, according to him, no other contractor was willing to do the work for the amount budgeted.

“The determination of doing that job is to save my brother’s name. If I hadn’t done it, no contractor would have done it,” he said.

Ibrahim is currently being investigated by the Economic and Organised Crime Office (EOCO) for allegedly issuing dud cheques to the customs division of the Ghana Revenue Authority (GRA).

He is said to be owing the GRA over GHC10 million after 44 cheques he issued to pay for the import duties on some heavy-duty equipment he imported into the country bounced.

He is said to have been directed by EOCO to submit his passport to the anti-financial crimes body, an indication that the charges against him are serious. 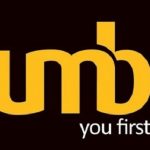