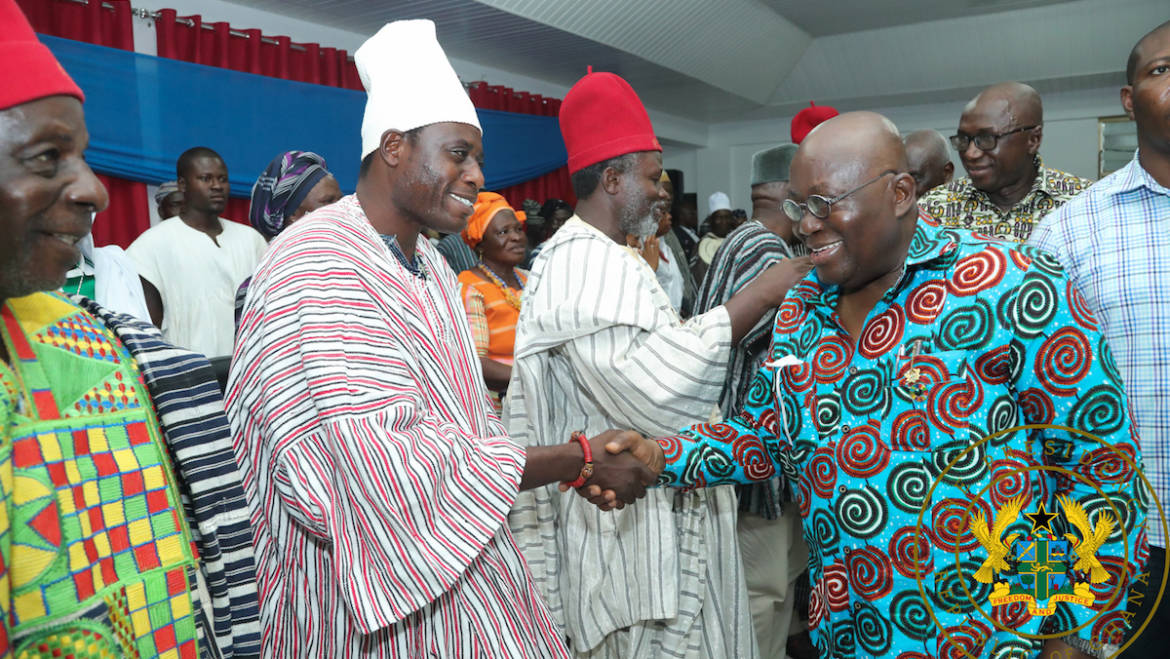 President Akufo-Addo has told the story of the stress he went through to eventually become the President of the Republic.

This was when some chiefs in the Brong-Ahafo Region, led by the President of the BA Regional House of Chiefs, Pimampim Yaw Kagbresse V, paid a courtesy call on him at the Flagstaff House yesterday.

Their mission was to, among other things, congratulate Nana Addo on his election as president and commend him and his government for the fulfillment of the various promises made to Ghanaians during the 2016 electioneering campaign, which saw him becoming the president.

But the traditional rulers ended up with an appeal for President Akufo-Addo and his government to consider creating a new region they prefer to be called Bono East.

It was in welcoming them to the presidency that he talked of how he suffered to become the head of state.

He indicated, “As for the victory, I had suffered for it and so if I tell you that I wasn’t happy when it came, then I’m a liar because I was very excited.”

President Akufo-Addo remembered the long and tortuous road he had to tread after three consecutive attempts before eventually becoming overwhelmingly elected by Ghanaians.

In all this, President Akufo-Addo gave thanks to God and the people of Ghana for the confidence they have reposed in him.

He therefore assured all Ghanaians of his commitment to keeping to the various promises he made since they were not meant just to win votes, but to transform the country as evident in the implementation of the ‘Free Senior High School’ policy, ‘One District, One Factory,’ ‘restoration of teacher and nursing trainee allowances’ and a host of other programmes, which are being rolled out with time.

According to him, the chiefs must go and canvass for votes in order to get not less than 50 of the registered voters in the area to turn up and vote in a referendum, which also requires 80 percent of votes to make the creation of the new region a reality.