A former Chairman of the Board of Trustees (BoT)  of the Peoples Democratic Party (PDP), Chief Tony Anenih, has given an insight into the controversial N260 million he received from the embattled former National Security Adviser (NSA), Colonel Sambo Dasuko (retd), during the Jonathan administration.

Sunday Vanguard learnt, at the weekend, that Anenih shed light on the money in a letter to the Economic and Financial Crimes Commission (EFCC).

The money is the subject of a probe by the EFCC as part of the investigation into the $2.1 billion arms money Dasuki allegedly disbursed for purposes other than security.

A source at that anti-graft agency quoted the former BoT Chairman of the PDP as  saying, in the letter, that the N260 million was a refund of the N400 million he disbursed, on the instruction of Jonathan to elder statesman, Alhaji Tanko Yakassai; the National Chairman of the Social Democratic Party (SDP), Chief Olu Falae; and the leader of the Accord Party, Alhaji Rashidi Ladoja, among others, for ‘special political assignments’ ahead of the 2015 polls.

The source added that Anenih claimed that he merely, on request, gave the former President his bank account details into which the refund should be made, and that he was not in the position to ask Jonathan how he was going to source money for the refund or through which office it would be made.

Falae and Ladoja have confirmed receiving N100 million each  from the PDP leader while Yakassai took N63 million.

According to the EFCC source, Anenih explained that the N263 million he gave to the three men  was N3 million in excess of the N260 million paid him, while he had outstanding balance of N180 million to collect from the former President.

“The PDP leader made it clear in the letter to the EFCC that he was not a beneficiary of the money and that he was only acting on the instruction of Jonathan  to disburse it”, the source stated.

Other disbursements Anenih made on Jonathan’s instruction to bring the total to N400 million, according to the letter, include N25 million to a former deputy governor of Sokoto State, Alhaji Muktari Shagari, and N35 million to a delegation of local government leaders from Katsina State.

Besides, Anenih was said to have indicated in the letter that, on the instruction of the former President, the BoT of the PDP  then, under his chair, embarked on a nationwide reconciliation tour and that the money he spent on hiring private jet during the tour, among other responses, was also not refunded to him.

The PDP leader pointed out that, in spite of his commitment to stabilising the party and its leadership and to ensure post-election peace, he was pressurized to resign as BoT chair on  trumped-up charges  of anti-party activities and alleged overbearing influence. 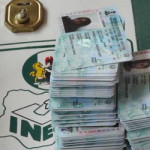