Former First Lady Nana Konadu Agyemang Rawlings has stated she will contest in the November Presidential and parliamentary elections.

According to the founder of the National Democratic Party (NDP), a lot of individuals have expressed the desire to contest for her party’s slot in a primaries, and she will be one of them.

“There are a number of people who have shown interest. If the interest is still there, I’ll be one of the competitors…if the interest is not there I’ll still compete”, she noted at the launch of a revamped ‘Friends of Nana Konadu Agyeman Rwalings’ (FONKAR) in Accra Thursday.

The outspoken Womens rights advocate also urged Ghanaians to speak up about the challenges confronting the country.

“There are things that we should all be talking about which as Ghanaians we’ve kept quiet…and you ask yourself, why are we quiet? Do we want an explosion on our hands before we talk?

“Our great grandfathers and mothers did not keep quiet that is why we have independence. They fought for something. Let us all be strong enough and fight for something. Positive fighting, positive work will elevate the country and whatever community we live in,” she said.

Mrs Rawlings left the NDC in 2012 to form the NDP after tensions between her and the then leadership of the party reached uncontrollable levels.

She was however disqualified by the Electoral Commission from contesting the 2012 elections over failure to properly fill her nominations forms. 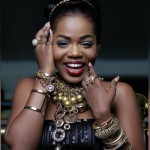