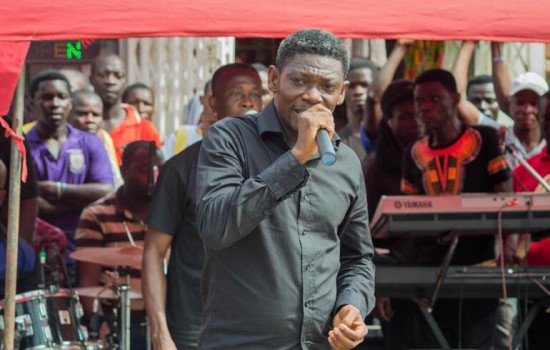 The actor who is credited for reviving the local movie industry and several of his colleagues addressed a press conference on Wednesday, September 21, 2016 to declare support for the NPP flagbearer for the 2016 elections.

They cited the harsh economic conditions as the main reason for declaring support for the candidate who failed to win the presidency in 2008 and 2012.

“I speak the voice of the ordinary Ghanaian who is bearing the brunt of extreme economic hardships which has come about as a result of poor leadership. I have personally sat back and monitored critically how things are going and felt the need to join the crusade for change in the political administration of this country,” he said at the press conference.

His declaration of support for Nana Addo and the NPP has led to rumours that he might have been induced with cash rewards.

“I have not been paid a pesewa to support Nana Addo, as I speak to you, I am doing this out of genuine convictions. I am going according to the view of majority of Ghanaians…,” he said.

Agya Koo who claimed President Mahama and his wife, Lordina Mahama were his close pals said everything in the country has taken a down turn under the NDC government.

The harsh economic realities, he added, is making it difficult for movie producers to hire his services for years now.

“For five years now, no producer has featured me in a movie because they claim there is no money, even the band that I have, no one comes to hire us, they prefer the spinners…,” he said.

The actor said the economic hardships in the country is the reason for his endorsement of Nana Addo and promised to campaign to ensure the septuagenarian gets 57% to win the December 7th polls.

“I represent the views of majority of Ghanaians, they are all clamouring for change and that is what I and my fellow actors and actresses are repeating, the time for change is now and I, Agya Koo and many others want change…,” he stated. 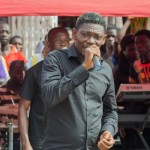