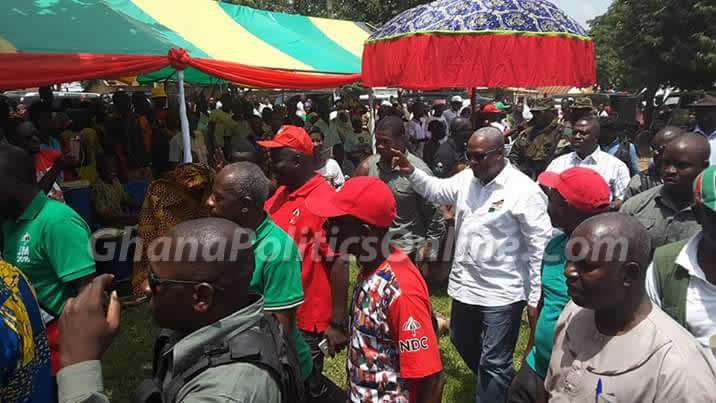 President John Mahama has boasted that his government has made “the most massive investment in the road sector in the history of Ghana”.

Addressing the Chiefs and people of Yeji during his campaign tour in the eastern part of the Brong Ahafo region, the President said in the last four years, his government has invested almost three billion Cedis in the road sector alone.

He noted that after the completion of the Adomi Bridge, he has asked the Ministry of Transport to give one of the two pontoons, which were ferrying commuters during the bridge reconstruction to Dambai, to aid transportation across the Volta River and the other to Yeji but because of procurement laws, any contractor who will dismantle and re-assemble the pontoons needed to be given a new contract to do so.

The contract, he said, has been awarded for the contractor to go ahead with the work of dismantling and reassembling to be done.

But before the contractor will execute the task, the President has informed the people that the government has procured Water Taxis to start ferrying passengers on the waters so as to ensure the transportation of people between Agordeke and Kpando Torkor.

On the economy, he asserted that “the currency is one of the most stable currencies in the whole of Africa. Inflation is lowering. Moody’s has also observed that our economy is better, from negative to stable”.

On electricity, the President noted that he is not the type who will pass the blame regarding the challenges but has ensured that power supply is stable now.

He also assured the chiefs and people of Yeji that between three to five kilometers of their town roads will be constructed. 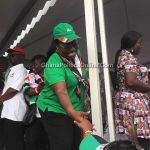