The outgoing UK High Commissioner to Ghana, Jon Benjamin has indicated that despite the few confrontations he had with some appointees of the Mahama administration, he generally had a great working relationship with the past government.

He also clarified that under no circumstance did he have a bad relationship with ex-President John Mahama.

Mr. Benjamin explained that “Britain is a democracy, Ghana is a democracy and both countries have to work with whichever government is elected in the other country. There is never a complete agreement on anything but what is important is honesty and a good relationship so you can deal with difficult issues when they come up.”

On the issue of corruption, the outspoken diplomat said the practice which is “deeply ingrained” in Ghana is causing immense damage to the country’s future.

“I’m a big fan of Ghana…but I don’t like corruption; I’ve made no secret of that but not because of some kind of moral crusade but it’s because corruption does immense damage to where Ghana could be and should be because it’s a diversion of resources meant for the good of the entire populace than going to enriching certain individuals,” he said.

He opined that corruption which is of great concern “has gotten worse in Ghana and that is my honest opinion.”

Mr. Benjamin however clarified that the practice is not specific to one government saying, “It’s not about one government and one period but the tendency over a long period is concerning. No body of any great stature in Ghana has gone to prison for corruption for a significant period which spans several different governments. The less people get punished, the more the temptation grows because there is a feeling of relative impunity.”

The Lounge with Kwaku Sakyi-Addo airs live on Starr FM every Friday from 7pm to 8pm and on GHOne TV on Sundays from 8pm to 9pm. 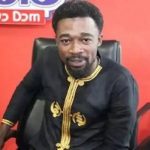 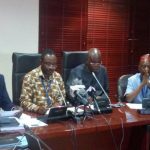