The Deputy General Secretary of the National Democratic Congress (NDC) Mr Koku Anyidoho, has said that he has no regrets describing vice presidential candidate of the New Patriotic Party (NPP) Dr Mahamudu Bawumia as “Mutum Banza”.

He defends the use of the adjective in describing Dr Bawumia stating that the latter in the past months has gained notoriety in lying and has therefore become useless to his own party and Ghanaians.

While observing that the falsehood allegedly peddled by Dr Bawumia has the potential of destabilizing the country, he disclosed that Bawumia when challenged to provide evidence on his claims that the country’s electoral register has a tall list of foreigners on it, has suddenly gone quiet.

“He is a big liar for indicating that there are foreigners on the country’s register. Can’t you see he has stopped saying that because he has been exposed. He is leading the NPP to use propaganda, deceit and lies; but I can assure him that Ghanaians have found out the truth. Dr Bawumia is ‘Mutum Banza’ and I don’t regret one bit calling him as such”, he disclosed on Abusua Nkomo hosted by Kwame Adinkra.

He emphasized that Dr. Mahamudu Bawumia is no more of meaningful use to the country and the political discourse explaining that as an intellectual, he has failed to live up to expectations and rather “resorting to misleading Ghanaians with naked lies.”

“Mutum Banza” is a Hausa expression used to describe a person who cannot be used for anything meaningful. In other words, “Mutum Banza” means “a useless person” or “a nonentity.”

It would be recalled that at the NDC Ashanti Regional Launch at the Kumasi Jubilee Park, the Deputy NDC scribe did not mince words in referring to the former Deputy Governor of the Bank of Ghana (BoG) as a ‘Mutum Banza’.

While addressing the teeming supporters of the party at the event, he was quoted as saying “when I say Dr Bawumia, say Mutum Banza. Dr Bawumiaaaaaaaaaaa” …and the crowd, including Vice President Amissah-Arthur, responded “Mutum Banzaaaaaaaa.” 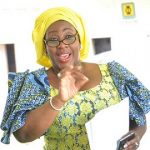