The parliamentary aspirant of the Korle Klottey constituency in the Greater Accra region was succinct with her response when host of The Ghana Report, Bernard Avle, pushed her to score the Mahama-led administration.

Dr Rawlings, who did her maiden solo flight at age 13, believes Ghanaians will be the best examiners of the current administration and the outcome of the 2016 general elections will be the scientific results.

“The elections next year will determine how the people see the government,” she stressed.

Aiming to become the first female Member of Parliament in the constituency under the Fourth Republic, Dr Rawlings said she opted to run on the ticket of the NDC instead of her mother’s National Democratic Party (NDP) because she has “been part of the NDC since inception.”

Zanetor in the Ewe language means “let the darkness end”, and it is against this principle that the immaculate English speaking daughter of the former military ruler wants to help make the perennial flooding at the Adabraka and Odawna areas cease.

“That [ending the floods] will be my priority,” she spewed with confidence.

Dr Zanetor is hoping to lobby for jobs for her constituents when she comes to power.

Her quest to become a lawmaker as well as step in the political shoes of her father and mother – Nana Konadu Agyeman Rawlings – begins on November 7, when the NDC goes to primaries, and she has three men including the Greater Accra regional minister Nii Armah Ashietey to contest. 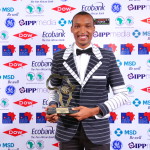 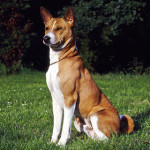