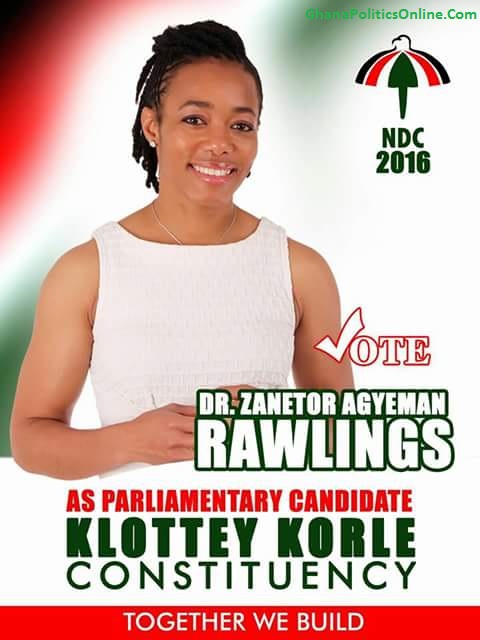 NDC parliamentary aspirant for the Korle Klottey constituency in Accra Dr. Ezenator Rawlings has stated that she cannot ignore her parents in her bid to become Member of Parliament for the area.

According to her, her parents and their political history have been part of her growth and she therefor cannot distance herself from them only because she is getting into active politics.

The daughter of former president Jerry Rawlings made the comments in reaction to claims that her parents political history may play to her disadvantage in the November 7 polls of the ruling party.

Pollster Ben Ephson has advised her to exclude her father from her campaign if she is determined to win the contest.

But speaking to Accra-based Kasapa FM Friday, Dr. Rawlings said people must get used to the fact that her parents are always going to be part of her life and engagements.

The ruling party will go to the polls on November 7 to elect its presidential and parliamentary candidates.