One of the cleared Guantanamo Bay terrorist prisoners, who are bound for Ghana, Mahmmoud Omar Mohammed Bin Atef, has declared that he is a happy man going to stay in the West African country.

George Clarke, a lawyer for Mr. Bin Atef, Wednesday told the New York Times web portal (www.nytimes.com) that his client was upset with the US authorities for imprisoning him for nearly 14 years without trial.

He further told the nytimes.com that in his interactions with Mr. Bin Atef since he started representing him about six months ago, he had found him to be a “friendly, nice guy” who was “positive and has a good attitude.”

“He is very appreciative and happy the Ghanians are taking him,” Mr. Clarke was quoted as saying by the nytimes.com.

On Wednesday, January 6, 2016, the Ministry of Foreign Affairs & Regional Integration announced that Ghana has had accepted a plea plea from the International Criminal Tribunal to provide shelter for two cleared terrorist suspects of Yemeni origin who were detained in Guantanamo prison by US authorities.

“At the request of the US Government we have also agreed to accept two detainees of Yemeni origin who were detained in Guantanamo but who have been cleared of any involvement in any terrorist activities and are being released. They are unable to return to Yemen at the moment and we have indicated our readiness to accept them for a period of two years after which they may leave the country”, Minister for Foreign Affairs & Regional Integration said in a statement released in Accra.

That aside, the Ministry said it had also agreed to provide humanitarian assistance and refuge to persons from Rwanda, Yemen and Syria. 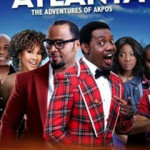