After coming under a barrage of attacks for his unusual address to ace investigative journalist, Manasseh Azure on his prime time show, Good Evening Ghana, Paul Adom Otchere has issued an unqualified apology.

The prime time show host spent about 45 minutes of his show in a segment titled ‘editorial’ to react to a post by the ace journalist on his Facebook wall.

The post by Manasseh questioned the connection Adom Otchere had with the Ghana Journalist Association to be forwarding its statement to some Ghanaian journalists for publication and broadcast.

Paul Adom Otchere admitted that upon reflection of his scathing attack on Manasseh, he accepts, he went too far.

“To those who felt offended, I would say that I am with them because when I saw the video, I noticed that the animation at some part was somewhat wild,” he said on Joy FM.

Aside from criticizing his post, Adom Otchere jabbed Manasseh Azure for his approach in making public his findings from an investigative work on contracts between Jospong Group and the government insisting on the show that it was in bad taste and does not conform to standard practices in journalism.

He said Manasseh was unfairly setting up the owner of Jospong Group, Joseph Siaw Agyepong for public attacks.

Manasseh Azure Awuni last week published series of reports he said were evidence of corruption against the Jospong Group in which the company allegedly bloated its 1,000,000 waste bin supply contract with the previous government by some $31 million. 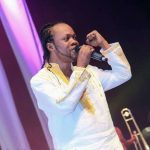 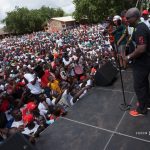