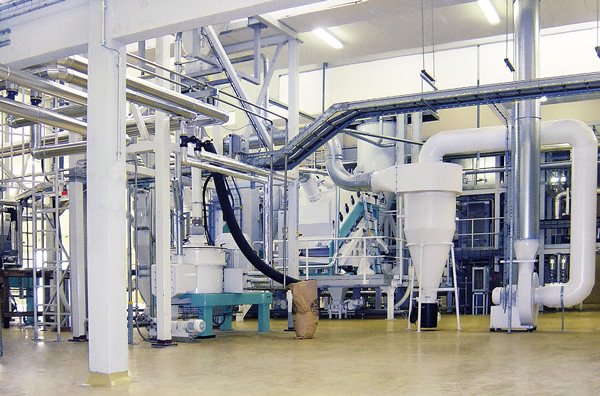 Over one hundred workers with the Department of Cocoa House, Cocoa Processing Company in Tema, have been laid off following a closure of the Department.

The Department, which is responsible, for the roasting of cocoa beans and turning the beans into semi-finished products, has had its two processing plants shut down for lack of raw materials(cocoa beans).
According to the Union Chairman, Kingsley Owusu, he is still unaware as to when the affected workers will resume work for production to start.

http://ghanapoliticsonline.com/
He added that the Department has finished executing a contract given to them by Tuton and Olams: hence management is into talks with the said company for the renewal of the existing contract and resumption of operations.

Moving on, he said Tuton and Olams have been supplying Cocoa Processing Company (CPC), with cocoa liquor, as part of their raw materials, for the processing of cocoa butter, powder and cake which translate into finished products.http://ghanapoliticsonline.com/

Delving deeper, he reckoned that this is not the first time the Department has been hit with such a situation. He also stated that all Departments of the Company have seen such closure before.

The Union Chairman emphatically denied reports that; the entire Company has been shut down due to the shortage of cocoa beans.