Pipeline vandals Thursday night , laid ambush on the  Anti Pipeline Vandalism Joint Task Force, JTF in Arepo area of Ogun state, killing five operatives. The operatives were suspected to be naval personnel. As at yesterday , Vanguard learnt that only three bodies of the slain personnel had been recovered . The incident described as a reprisal attack, occurred  barely 24 hours after  the Joint Task Force, comprising the Nigerian Navy, Nigerian Army and the National Security and Civil Defence Corps NSCDC, had launched series of attacks at the pipeline vandalism syndicate in the area, which led to series of arrest and startling discoveries.

While vandals were siphoning petroleum product from a burst Nigerian National  Petroleum Corporation  pipeline . They were said to have opened fire on the personnel but later bowed to their superior fire power, abandoning their trucks and containers  filled  with the siphoned petroleum product. During its routine patrol of the  area  Thursday  night , the JTF reportedly heard an explosion in the creeks. In their bid to ascertain where the explosion was from, they were reportedly attacked by vandals said to have used the explosion as a bait. Flag Officer Commanding  Western Naval Command , Rear Admiral Ralph Osondu said investigations were ongoing.

He said “All I can tell you is that investigation is ongoing. I do not have the details and cannot tell you hearsay. I suggest you contact the DHQ because the operation is under them.

“All participating officers are personnel of the DHQ, they were drawn from other services and so, I cannot tell you whether it was navy, army, Airforce  or police. Only the DHQ can authoritatively comment on this.” It would be recalled that similar incident occurred last year, where six operatives were reportedly killed by vandals with their bodies yet to be recovered. This is coming on the heels of the continued disappearance of security operatives assigned to patrol the area. 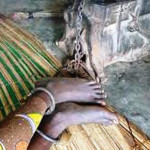 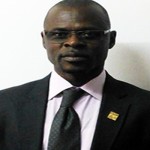