Since coming into power last year, the governing New Patriotic Party (NPP), has shown Ghanaians, who they really are.

If ever there was one factor that contributed significantly to the defeat of the National Democratic Congress in the 2016 election, it was the prolonged load shedding that came to be known as ‘Dumsor’.

The government of John Dramani Mahama, decided to put the country first, by not providing a stop gap measure to the crisis, as happened under former presidents, Jerry John Rawlings in 1998, and John Agyekum Kufuor in 2006.

Instead, every effort was made to sign and build as many power plants as possible, and today we have excess power, because of the intervention and initiative of a forward thinking president.

Everywhere president, Akufo-Addo, goes he pat his government on the back for ending load-shedding, the question that this newspaper wishes to ask is, does it take 18 months to go through all the processes, from conception to completion of a power plant?

The president, has become a story teller, but he should know that his audience are not three-year olds, who did not know the intervention of the previous government in making sure that, ‘Dumsor’, became a thing of the past.

As a country, we should begin to give credit where it is due and stop this politics, of claiming all the credit, but the liabilities, should go to our political opponent.

The latest story that has become a chewing stick for the president is that, his government has saved Ghana over 7 billion dollars through the abrogation of some power purchasing agreements, entered into by the previous administration.

We recall that, similar concerns were raised over the Ameri deal and despite the advice from the Attorney General and Minister of Justice that, the deal was above board, Boakye Agyarko, the disgraced former minister, still wanted to hand over the management of the power plant to a new entity.

We urge the president to stop claiming credit for ending ‘Dumsor’. 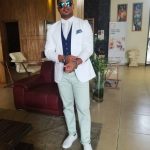