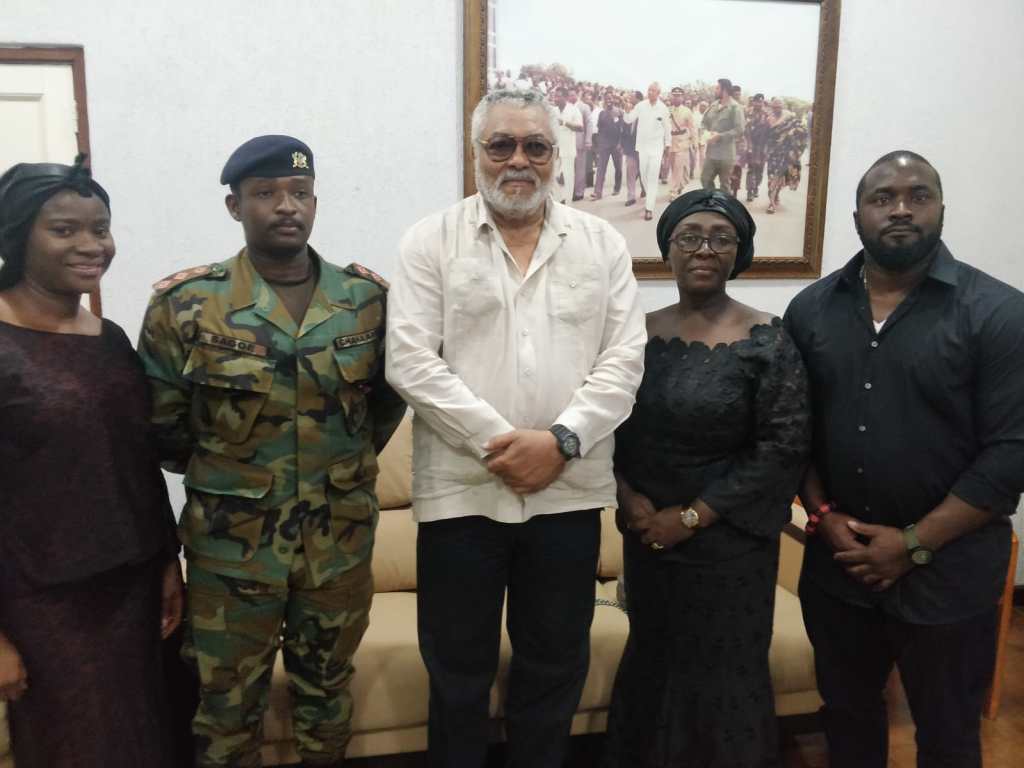 Former Deputy Minister of Tourism, Culture and Creative Arts, Hon Abla Dzifa Gomashie and some members of her late husband’s family including her children were in the office of former President Jerry John Rawlings in Accra to officially invite him to the funeral of her late husband, Brig-General Martin Koku Gameli Ahiaglo (Rtd).

The late Brig-Gen Ahiaglo passed on at the 37 Military Hospital on October 8, 2019.

He was once the General Officer Commanding, Southern Command and Director, National Lotteries Authority (NLA), after his retirement from the military.
The burial service would take place on Friday 1 November 2019 at the Saint Catherine Catholic Church Burma Camp in Accra and thence to the Military Cemetery for internment.