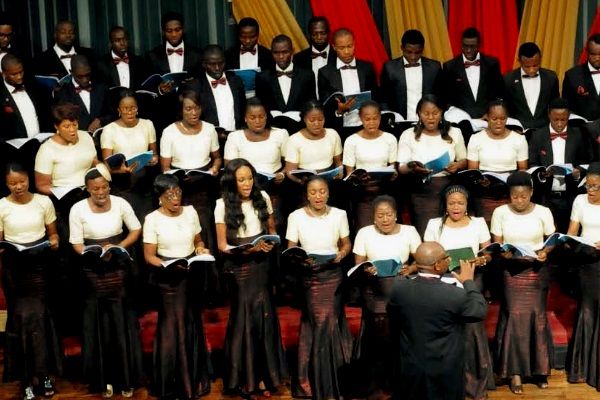 The youth choir at Holy Trinity church, who had the opportunity to perform at the regional Youth Musical Revival last week, gave the audience a dazzling musical performance.

After the group’s fantastic performance they used the opportunity to announce to the audience they are set to launch their maiden album by the end of the year.

In a separate chat with the group’s conductor, Mr. Wisdom Duse Anthony, he stated that the youth choir group has been together for so many years and that he believes this is the right time for them to let Ghana and the world at large know what they can offer to the music industry.

“We think as a choir group, it shouldn’t just end in the church, but rather, let the world and Ghana know what we can offer to the Ghanaian gospel music industry” he said.

As to what the public should expect, he said they are coming out with a 10 track album together with a collection of choral songs — some of which are cover versions of traditional Ghanaian songs which audiences will be familiar with; as well as some original compositions by members of the choir.

He added that the choir was established to thrill music lovers through folk and patriotic songs as a way of instilling patriotism in Ghanaians and to spread the word of God to the world through their melodious repertoire of songs.