I listened to the seasoned journalist on Wednesday, as I always do every Wednesday on Peace FM’s Kokrokoo Morning show, hosted by Kwame Sefa Kayi, and I couldn’t help, but count his use of the word ‘hole’, more than ten times.

I do not know what might have occasioned it, but as we say in our local parlance that, they is no smoke without fire, I hope, whatever ‘rat hole’, Mr. Baako is referring to, is the rat that, we know of.

According to Mr. Baako, throughout the period of campaigning, he had cause to speak to what, he saw as a disconnect between the character of the president and the vitriolic attacks, unleashed on the presidential candidate of the New Patriotic Party (NPP) and now president-elect , Nana Addo Dankwa Akufo-Addo.

Mr. Baako, singled out two people for mention and virtually took them to the cleaners. The Gbese Mantse, Nii Ayi Bonte II, and a deputy General Secretary of the National Democratic Congress (NDC), were the first casualties of Mr. Baako’s dagger, I have no doubt in my mind that, in the coming days, others will also fall on his well sharpened sword.

Their crime; they vouched for President, John Dramani Mahama.

The Gbese Mantse, did the unthinkable when he put his throne on the line, I am one of those who found everything wrong with Chiefs, falling over each other to endorse one presidential candidate or another, I wrote an article condemning it, I felt that, it was not the right thing to do.

Nii Ayi Bonte II, took the ‘madness’ a notch higher, when he said, he will abdicate his throne, if President Mahama, does not win the 2016 presidential election. What sort of excitement, could make a Chief, who has been authourity by his people to lead them, do what or say what he said.

Endorsing the president, against the 1992 Constitution, was not enough for Nii Ayi Bonte II, he wants to be seen as loving the president, more than any Chief in the country. Whether or not, he will go through with his promise to strip himself of his chiefly authourity, only time will tell.

But one thing is for certain and that is, he has lost the respect he once commanded and will take him sometime to wean himself of this curse, which is self inflicted.

Mr. Baako, also went after the heart of his known foe, Koku Anyidoho, who according to Mr. Baako, Mr. Anyidoho, mad some disparaging remarks about the President-elect Nana Addo Dankwa Akufo-Addo.

He asserted that, Mr. Anyidoho simply flew off the handle and run amok, launching blistering verbal attacks on anyone he perceived to be anti-government, and so wondered why he’s suddenly gone on hibernation from the public view just a week after the general polls.

“Where’s Koku Anyidoho? I’ve heard he’s in a rat hole. Hiding in a rat hole somewhere…When we were telling them, they said they won’t listen. Then, you have somebody who constantly engages in political buffoonery out there insulting our intelligence.”

Mr. Baako further asked the public to help him smoke out Koku Anyidoho from his hiding place.

“Where is he? He should get out from the rat hole and come here. He should come . . . They should search for something for me to smoke him out.”

It is obvious that, some people scored an own goal, when they went ballistic, insulting the personality of Nana Addo Dankwa Akufo-Addo, the character assassination and propaganda laden speeches were too many.

The President, had done so well within the limited resources and time, but the NDC, were still after his person, as the party did in 2008 and 2012. It has turned out as a major unforced error on the part of the party and its communicators.

In a democracy, needless to say, that the philosophical disposition, values and political orientation of people brought in to serve in various capacities is key.

The outlook and mindset of a prospective appointee should be checked and should, unless waived for other reasons, reflect the outlook of the elected Executive.

President Mahama’s appointees let him down, but that is for another time.

My problem today is with Mr. Baako’s obsession for the ‘hole’. How does a rat hole look like, is it that big for Mr. Anyidoho to hide in. I think we need further and better particulars from Mr. Baako.

I agree with all his postmortem, arrogance on the part of members of the NDC, largely contributed to the loss of the President, but summoning people from the ‘hole’, I think I also smell a rat. 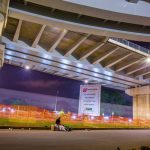