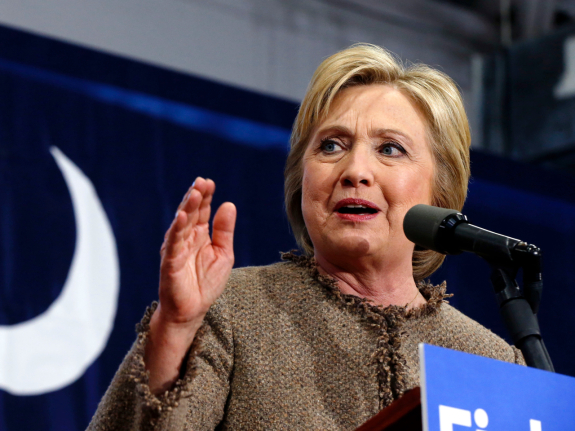 As Ghanaians, and Africans in general closely await this year’s presidential race for the United States, they are wondering what the policy of either party’s candidate — Democratic nominee Hillary Clinton or Republican candidate Donald Trump — would look like toward the region.

Barack Obama, being the first U.S. President with familial links to Africa, has made some achievements towards the continent. He introduced Power Africa, which aims to add 60 million new electrical connections to light up the continent.

The president also paid several visits to sub-Saharan Africa and helped expand trade to the continent.

It appears that ever since the two current candidates began their campaigns, African policy has not really been a priority topic for them.
The campaign team of each candidate, however, has dropped hints as to how they would approach Africa as president.

So as America prepares to vote on November 8, many have said that whoever is elected in November will determine America’s foreign policy generally and her approach to Africa specifically.

READ ALSO: What will it mean for Ghana if Trump wins?
Trump has already proposed radical moves, including limiting the number of Muslims allowed into the US.
play

He also intends building a wall on the border with Mexico to stem the flow of illegal immigrants from Latin America.

His administration would, at the very least, be hostile to immigration, but what would a Clinton administration mean for Africa?
Political analyst, Etse Sikanku had earlier told Pulse.com.gh that a Trump administration is going to make sure that America is more strict on illegal immigration.

But Tom Daschle, a former Senate majority leader believes that Clinton would have a very different perspective on immigration than her opponent, Trump.

“We believe in immigration. We think that immigration is really the reason why we celebrate the diversity and the strength that is America. And the more we can embrace immigration, the more we believe we have an opportunity to help create stability around the world, in addition to enhancing their own diversity,” he said.
play
Donald Trump and Hillary Clinton

2. Clinton appears to have a relationship with the continent and would likely work with the Clinton Foundation to fight AIDS and support other educational initiatives.

As Ben Payne, the head of Africa at risk advisory firm Verisk Maplecroft writes, if Clinton wins, “African presidents will still be invited to Washington, and the US will carry on providing security assistance.

But she will also face constraints. The cry of ‘America first’ may not be quite loud enough to put Trump in the White House – but the pressures of domestic politics will affect the choices a President Clinton makes on Africa.”

5. Hillary Clinton happens to have championed the overthrow of Muammar Gaddafi in Libya, together with the Europeans.

Even though Barack Obama believes the move is the “worst mistake” of his presidency, Hillary Clinton said that she “think[s] President Obama made the right decision at the time”. But what would her stance mean for Africa if she is voted into power? Already, the overthrowing of governments in the Muslim world has opened up a vacuum which keeps being filled by extreme Muslim groups like the Islamic State, al-Qaeda and others. Many fear that a Hillary win will bring up such a type of foreign policy for North Africa, and the Middle East in particular.

6. Clinton to commit to peace enforcement on the continent than Trump.
Hillary is expected to intervene in conflicts on the continent that might need American’s attention. And Hillary being the hawk she is, many believe she will definitely intervene in Darfur or the Central African Republic because black West Africa, even though might not be of interest to the US in financial terms, will surely be of interest to it in terms of human interest. This is because the US would like to see that people of the Darfur & Central African Republic regions have peace once more.

However, there appears to be a limit to how far she would go in responding to a crisis, such as renewed civil war in Democratic Republic of Congo following President Joseph Kabila’s refusal to step down.
7. AGOA likely to face an uncertain future

What the future of the African Growth and Opportunities Act (AGOA) will be would be of great concern to African businesses. As Ben Payton, the head of Africa at risk advisory firm Verisk Maplecroft writes: “African leaders will be reassured by Clinton’s frequent praise for the legislation, and concerned by Trump’s pledge to scrap trade deals that hurt American manufacturers.”

The African Growth and Opportunity Act (AGOA) is a United States Trade Act enacted in 2000, and has since been renewed until 2025. The legislation significantly enhances market access to the US for qualifying Sub-Saharan African (SSA) countries, of which Ghana is one.

AGOA builds on existing US trade programmes by expanding the (duty-free) benefits previously available only under the country’s Generalised System of Preferences (GSP) programme.

Ghana has through AGOA exported millions of dollars of products to the USA, and been able to import products from the USA in return.

The future of AGOA currently remains uncertain, even though many argue that a Clinton win will bring positive results.

So, as Americans heat up for the race tomorrow, November 8, 2016, it is easy to assume that a Hillary Clinton presidency will continue with the current US policies towards Africa. But would her win run the continent into a promised land that is favourable to all? The aftermath of the November 8 elections will tell. 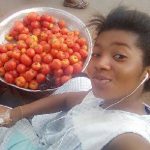