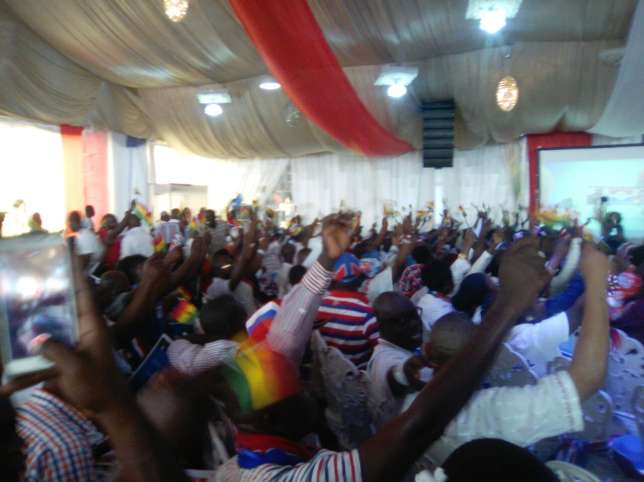 Ahead of the launch of the 2016 manifesto of the main opposition New Patriotic Party (NPP) at the Accra International Trade Fair today, the party has revealed some highlights of the policy document.
The manifesto is expected to explain how the party is going to implement its 1-district-factory policy, 1-village-1-dam and $1 million for all 270 constituencies.

The party in a statement earlier said the “The launch of the manifesto, which contains the solutions Nana Addo Dankwa Akufo-Addo and the party propose to help fix the myriad of problems facing the country, including how to resolve the unemployment problem among young Ghanaians.”

Below are the highlights of the manifesto:

a) The next NPP government will construct new harbours at James Town and Keta.

(b) The next NPP government will provide Freedom Cards to the aged to have free access to all public transportation and other public facilities.

(c) The next NPP government will restore, in full, teacher and nurse trainee allowances in the first-quarter in office.

(d) The next NPP government will build an Accident and Emergency centre in Takoradi.

(e) The next NPP government will abolish the payment of utility bills by students, right after assumption of office.

(f) The next NPP government will pass a legislation to ensure that at least 20% of road contracts awarded to foreign contractors are sub-contracted to local contractors.

(g) The next NPP government will increase the amount of loans under the student loan scheme and restructure and streamline its administration to enhance recovery of the loans.

(h) The next NPP government will immediately, right after assumption of office, reduce taxes on electricity tarrifs to provide immediate relief to households and industries.

(J) In the three regions up north, an irrigation dam will be built for every district.
play

Meanwhile, supporters of the party have defied heavy rains this Sunday morning and converged, in their numbers, at the Accra International Trade Fair Centre for the launch of the party’s 2016 manifesto.
play

Key personalities including former President John Agyekum Kufour, flag bearer, Nana Addo Dankwa Akufo-Addo, and Vice Presidential nominee, Dr Mahamudu Bawumia, as well as other past and present executives of the party, have arrived at the launch of the manifesto. 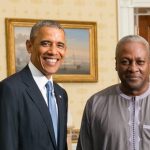