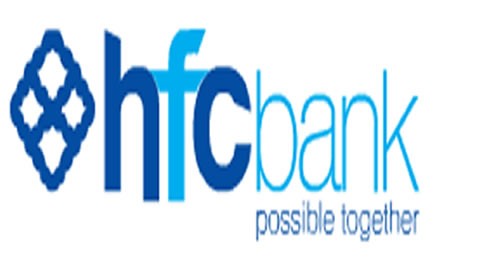 Credible information available to News Ghana indicates that a Ghanaian financial institution, the HFC Bank, a subsidiary of Republic Financial Holdings Limited is terminating the appointment of all of the bank’s drivers across the country.

The decision by the management of the bank to terminate the appointment of the 54 drivers, according to our sources, was done without negotiations with the workers concerned.

The drivers have been given a one-month notice ending August 31, 2017 during which affected persons will be paid 2 months for each completed year of service.

A letter by the bank dated July 27, 2017 signed by Frances Sallah-Brown, Head Human Resources intercepted by NewsGhana.com.gh said the company took the decision in order to cut down cost.

The letter said, “As you are aware it is common practice among a number of institutions to outsource services that are not core functions of their operations. After reviewing a number of cost saving and efficiency initiatives, management has decided to outsource the driving pool service to Montran Limited.”

A highly placed source has hinted NewsGhana.com.gh that the Republic Bank, which has acquired HFC Bank has also acquired Capital Bank and UT Bank and would soon outsource its customer service as well as its tellers to Stratcom Africa and Montran Limited respectively.

The outsourcing of such services if implemented means that hundreds of staff of the bank will also lose their jobs.

This development has caused fear and panic among both junior and senior staff of the bank across the country as the management has resorted to crude methods in getting people out without going through due process as stated by the labour laws of the West African country.

A staff of the bank who spoke to NewsGhana.com.gh on anonymity said they have been working under very difficult conditions vis-à-vis no salary increment since the Republic Bank took over the management of the HFC Bank three years ago as well as failure of management to procure new equipment to aid in their operations.

Our source further indicated that the bank’s money counting machines cannot detect counterfeit currency as well as no improvement in the conditions of service of the staff.

The bank is also alleged to have dismissed some 20 workers within the past one year for speaking against poor working conditions within the organization and have also resorted to dismissing people they perceive as against them (management) anytime they want.

The bank, our investigations has established has declared loses in the last two years and some staff believe was attributable to the extravagant and opulent lifestyle of top managers hence the decision to unlawfully dismiss workers to make up for their incompetence was unjustifiable.

It is alleged that the bank that has been declaring loses paid for a round air ticket, accommodation and other expenditure for some staff to witness the marriage of its Managing Director at Trinidad and Tobago recently.

The MD is also said to have acquired a house to the tune of 2 million United States Dollars as well as purchased a car each for the wife and his in-law all in the name of the non-profitable bank.

An aggrieved staff said, “HFC can be a profitable bank if management would stop this unnecessary expenditure on frivolous things that does not bring about the growth of the bank.”

The staff is therefore urging the government; the Industrial Commercial Union (ICU) and the Ghana Trades Union Congress (GTUC) to ensure the management of the bank suspended the termination of the appointment of the drivers as well as its intention of also outsourcing its corporate services and some other frontline staff to other firms.

Attempts to get an official response on developments at the bank proved futile as Frances Sallah-Brown, Head, Human Resources of HFC Bank told NewsGhana.com.gh via telephone, “I am not at liberty to discuss it, I’m not discussing it.”

Meanwhile, the ICU, the mother union of HFC staff has called for a meeting of all the workers on Monday July 31, 2017 to see to a peaceful resolution of the issue to ensure industrial harmony.