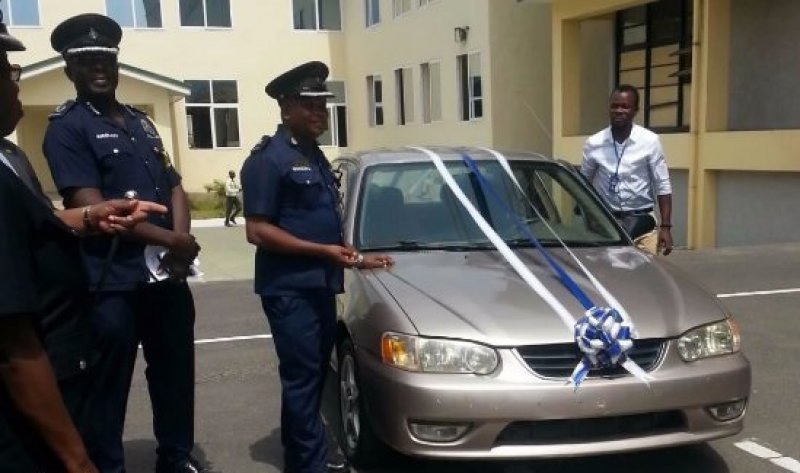 The Inspector General of Police, John Kudalor on behalf of the Ghana Police Service has presented a new Toyota Corolla to the taxi driver who assisted in the arrest of two armed robbers in January this year.

Two suspected robbers, Abaliku Sannie, 35 and Oko Quaicoo, 30 attacked and shot at a worker of Cantonment branch of Koala Shopping Mall, after she had left the office.

The taxi driver, who witnessed the incident, rammed his taxi into the motorbike the thieves were using to escape leaving his taxi severely damaged.

The Ghana Police Service promised to replace his taxi after risking his life and the new taxi presented to him is in fulfillment of that promise.

He was also rewarded with a house by President Mahama days after his efforts led to the arrest of the armed robbers.

The Toyota Corolla was handed to a cousin of the taxi driver at the Police Headquarters, Monday 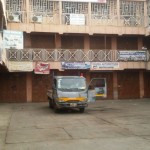