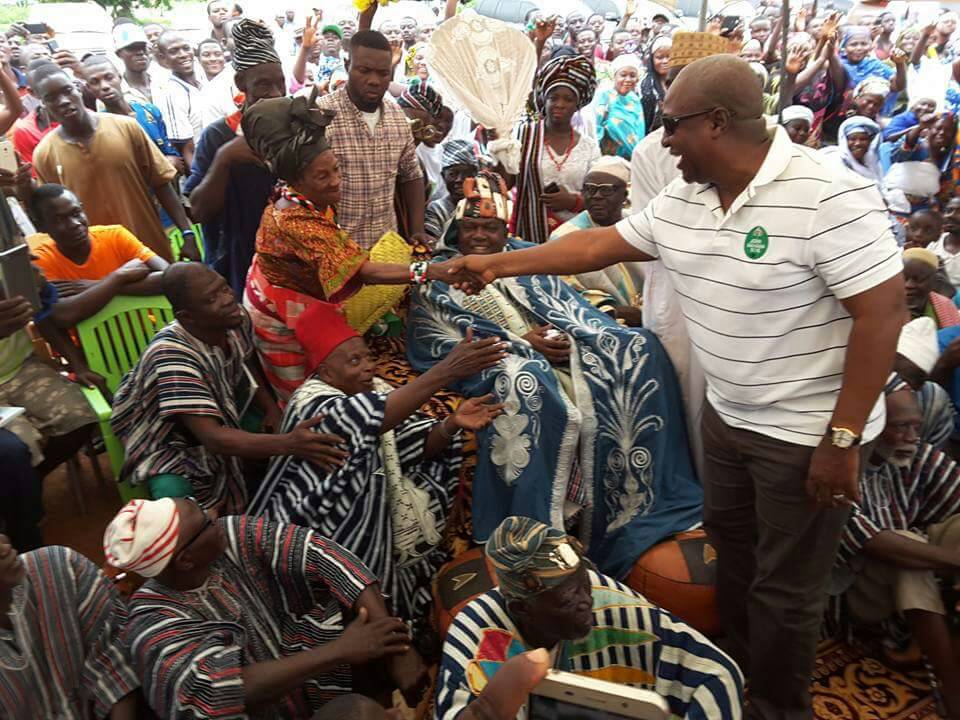 Some Concerned Spare-parts Dealers Association of Ghana, are calling on the opposition National Democratic Congress (NDC) to bring back John Dramani Mahama to rescue them.

In an interview with the Ghananewsonline.com.gh in Accra, the Spokesperson for the group, Takyi Addo, said with what is currently going on in this country Ghana needs the invention of former President John Dramani Mahama to quickly rescue it from the hardships that the Nana Akufo-Addo led NPP government is inflicting on everyone contrary to the NPP’s ‘sweety’ promises ahead of elections 2016.

To this effect, he has charged Ghanaians not to make any mistake of giving a second chance to Akufo-Addo to lead this country again.

“Nana Addo pleaded with Ghanaians to try him, we can now see he really has nothing good to offer us; in fact, it is enough, we, the Concern Spare-parts Dealers Association, Ghana (CSDAG) want JM back to continue with the good work he started,” he stated.

According to the CSDAG, President Akufo-Addo has shown gross incompetence in the management of the affairs of this country. The group accused the President of lies and deceit just to garner votes from the electorates during the 2016 electioneering campaign.

He revealed that Nana Akufo-Addo and his Vice President, Dr. Mahmoud Bawumia made them (Spare-parts dealers) to believe that Mahama’s administration was cheating them hence “we voted them out”.

He said that “Akufo-Addo and his government are cheating Ghanaians the most and the level of corruption under the NPP is unprecedented”.

Takyi Addo hinted also that their intended demonstration has been rescheduled, and they still stand by their position despite numerous phone calls for them to halt the demonstration.

CSDAG Spokesperson hinted further that their demonstration will include all traders affected by the cedi depreciation over the major foreign currencies, including the US dollar.

He added CSDAG has received a number of threats on their lives from top security and government officials since the news of their intended demonstration broke out.

According to him, the leadership of the group will not back down on its decision “we will still hold the demonstration”.