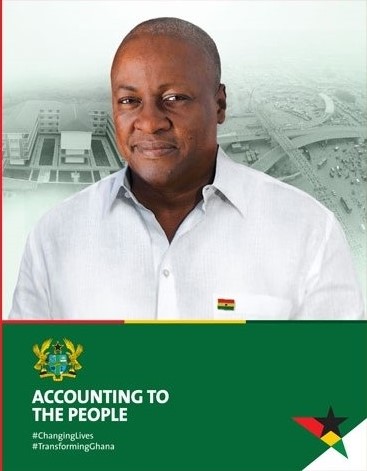 I sat quietly holding the president’s phone in my hands. I had wanted to make a few calls, but, the messages that were coming in were overwhelming. This virtually made it difficult for me to attempt to dial a number.

As I sat quietly, I was observing the messages one after the other. Some, on WhatsApp platforms, and others, in the inbox of the president’s phone.

It was about people’s take on the brouhaha surrounding the brochure that has been in the news over the past few days.

Then I kept wondering. Have we lost it all on the entire events of the day? The beautiful cultural displays, the beautiful displays by the female dispatch riders, the colour of the event, and all that came with it had escaped us? Have we lost it on the fact that, almost all political parties were represented at the event, unprecedented?

The presence of Madam Akua Donkor, Mr Akufo-Addo, Ivon Greenstreet, Nana Konadu Agyeman Rawlings, and all others from different political parties that were there to grace the occasion and to make it beautiful was not worth mentioning?

The messages of patriotism, the message delivered by the Kenyan President Uhuru Kenyatta, the lessons we had to take with us, we have left behind, and ooops. Hmmmm. We could do better than this.

Then I came to realise. No one tells the media what they discuss at any given time. However, we must not forget, if we wake up, and the media chooses to discuss an issue, that tells us what we are as a nation.

If the media chooses to focus on an error on a program document and ignore the major issues raised at the event, then we have a big problem.

Then I noticed something. Governance today is more difficult than it has ever been. In those days, if Ghana Broadcasting Corporation decides to focus on an angle of discussion, that ends it. Today, hehehe, the traditional media can decide not to focus on an issue, but, social media would force them to.

What a country we have. Errrm, then I observed some other category of messages. Some were indeed hot and some, hmmmm to say the least, disheartening.

I was told something at a tender age and I will share with you. I was told that, when you want to offend, it is better you offend outside and then, when it becomes tough, you run home.

It is believed that, there is no where better than home. No matter what, you can run and once you enter your home, you are sure of getting protection.

Today, eeeiiii, in my party, mmmm it’s not the same koraa. You will burn back home. Even when you offend from outside, you are rejected from home even before you are done offending those outside. The opposite is what we are seeing today.

These calls came after the brochure brouhaha. But, who has implicated Stan in all of these? Are my own people playing into the speculations of those who need your pillar shifted so they can shoot at you?

Can’t you see what is at play here? Stan is not an angle. So he makes mistakes. However, must he be crucified even when there is no sufficient evidence to show he was guilty of what he was being hanged over?

Can we reflect a couple of weeks back? I think Stan is too powerful in this country. He was able to engineer the killing of a member of parliament according to the detractors. Even that, our own people believed. Stan should be more than human because we measure him with the measurement of an angel.

He may not be your brother, he may not be your friend, you may not even know him, but, he had had something significant to offer the party and government. He had served under two different presidents, the latest being the owner of this phone John Dramani Mahama. Those who are chipping could not do so without cause. Just watch them well, and you shall know why.

Then I sat again quietly and arh, what is this too? He was my invited guest for the event. I shook his hands and he was indeed surprised. I know you saw the pictures. But, someone sent me another with a caption, “Sir, why did he dressed like that?”

Amazing, how was I to know? Do I supervise his wardrobe? I think he felt comfortable in it. Yet, I think he could do better la. It was an official duty and I expected him to come as such. Either officially official, or in some African wear.

What am I hearing? The minority leader inflated figures meant for a workshop? What…..? I thought it’s only governments that “chop” money ooo. I didn’t know even in opposition, monies can be “chopped”.

Who is this too, “Sir, why is his body guard better dressed than him?” Eeerrhhh, look, let me pause here before I am skinned.