We have a few days more to go to the polls. I know many of you might have made your decisions by now in relation to whom to vote for. I know also that some of you are yet to make your minds on whom to give your mandate.

Elections are about today and the future. Your vote today determines the picture you want to see in 4 years time when the term you give your president expires. Your vote today, even though would have to determine your approval of today, has a great deal of impact on the future of yourself and especially your children.

I want to tell you something. I have chosen John Dramani Mahama as my president in 2012 after I set him in motion in 2008 as my Vice President. Since his election, he has never disappointed me. My endorsement of John Mahama is never on the back of his ability to fill my pocket with money.

My endorsement of John Dramani Mahama comes on the back of the many opportunities he is providing for the many citizens across the country. I endorse him because he relates with the people on personal grounds. He has proven to us that a government can achieve so much under 4 years and not wait until its third year to want to present a sense of seriousness by heading into a hairdressing salon for loans as was the case sometime in the past.

Wait a minute! I am sure you didn’t appreciate that well. Getting to the end of the first term of former president John Agyekum Kufour, his government was engaged in some moves that landed them in a hairdressing salon for loans because they claimed they were unable to do anything significant that would interest the people for a second term hence had to take a major move to present to Ghanaians its seriousness. The resultant outcome of the effort ended in some mysterious salon in the United States of America.

In an attempt to present the first term of Kufour as having achieved something, the NPP printed a book. They used the taxpayers money to print what they called pictorial presentations of their achievements. In that book, the major images captured included president Kufour kicking football, president receiving visits from other presidents, and images of president receiving gifts.

That was not all, there were equally extraordinary display of monkeys on trees from the Fiema Monkey Sanctuary, a team of young men with an antelope on their necks, an act particularly associated with Aboakyere Festival (and the question to ask is whether the NPP brought Aboakyere Festival). That was not all, in that book of Positive Change, the NPP captured the Elmina Castle, a castle that existed long before President Kufour was born.

And the monumental of all, images of six-unit pavilions were displayed with glee. Not only that, two-seater, three-seater toilets were captured in that book and presented to the people of Ghana to assess the achievements of the NPP and justified the need for a second term for John Agyekum Kufour. Indeed, for the first time, I will attach an image of the kinds of structures erected by the NPP upon which they sought a second term which was given Kufour.

Unfortunately, copies of that book are limited. However, juxtapose the nature of achievements printed with taxpayers money in the Positive Change document with the content of the Green Book under John Dramani Mahama. The difference is clear. While going through these achievements, I asked very cogent questions last week. And for the purpose of emphasis and posterity, I would repeat all 23 questions here for you to answer:

1. Is Ghana better and improved today than the NPP left it?

2. Is Kwame Nkrumah Circle the same as the NPP left it?

3. Is the Kotoka Airport the same as the NPP left it?

4. Is the Kotokuraba Market the same as the NPP left it?

5. Is the Kasoa Highway the same as the NPP left it?

6. Is the Kejetia Market the same as the NPP left it?

7. Is the Ridge Hospital the same as the NPP left it?

8. Are the structures and especially the Legon Medical Centre the same as the NPP left it?

9. Is Tamale Airport the same as the NPP left it?

10. Is the Tamale Teaching Hospital the same as the NPP left it?

11. Is the Western Rail line the same as the NPP left it?

12. Are major roads in Accra the same as the NPP left them?

13. Is the Police Hospital the same as the NPP left it?

14. Are the roads in Ho, Kumasi, Tarkwa, Sunyani, Tamale, Hohoe, Wenchi, Techiman, and many other places the same as the NPP left them?

16. Is the Tema Oil Refinery the same as the NPP left it?

17. Is the East Legon road the same as the NPP left it?

18. Is Spintex Road the same as the NPP left it?

19. Is Teshie Beach Road the same as the NPP left it?

20. Is the Komenda Sugar Factory the same as the NPP left it?

21. Is the Kumasi Shoe Factory the same as the NPP left it?

23. Is the Accra-Kumasi road the same as the NPP left it?

When President John Dramani Mahama started his term in 2013 and was taken to court for 8 months, he was never demotivated. He challenged himself and began investing in the critical sectors of the economy. He committed himself to improving the economic and social infrastructure of the country. As a result, he set out constructing airports, roads, hospitals, schools, markets, industries, water projects and expanding access to electricity.

While in the process, these sons and grandsons of the fathers and grandfathers respectively, adopted the posturing of the days of old. They casted doubt on every project executed by the president and in their own words, classified them as photoshops. Then as they have come to terms that Ghanaians are associating with the reality, they ‘changed their mouths’. It is no longer photoshop but the character they adopted in 2000 “ɛnyɛ akwan na yɛ bɛ di” to wit, it’s not roads that we will eat.

In understanding them very well, after they won power on the back of that mantra, their records of achievements, if you ask them to list them, is not without roads. They prided themselves of having constructed roads for which they should be praised.

Knowing them, can we today rely on these characters when they return with same songs? Don’t forget their presidential candidate is seeking for an opportunity to continue with the works of the president you have today.

Over these past days, I have silently reflected the massive efforts by this government in changing the road infrastructure of this country. Just a week ago, the Kwame Nkrumah Circle Interchange was commissioned and opened to traffic. A week down the line when I passed the facility on Saturday evening, citizens were seen on the flyover admiring the Dubai Mahama brought to Circle.

Then I saw the progress of work on the Kasoa Interchange. The first phase of the project would be opened to traffic by end of this month. And all these came about as a result of determination to ease traffic to and from the capital city. Any citizen who has an appointment into Accra and where time is of essence, would appreciate the significance and importance of these road infrastructure.

That is not all, funds are ready for additional three interchanges in the city of Accra. Obitsebi Roundabout near Kaneshie is to be developed into a 3 tier Interchange. Another road project that is of great significance is the Pokuase Interchange. That Interchange is to link to Riss Junction near Madina and Awoshie. The ultramodern Interchange is expected to ease traffic to commuters who have never seen any relief ever since that road was completed.

That is not all, the Tema Motorway is to be developed into a six-lane motorway. On top of that, a multipurpose Interchange would be constructed at the Tema Roundabout linking to Tema, Aflao, Afienya and Accra.

His achievements in Education, Industries, Energy, Hospitals, Railways and other road sectors is an open book. In aviation, until last week Tuesdays, I had no idea the Wa Airport was under construction and near completion. What JM is doing is, if you check the distance between Ho and Wa, it would require hours to transit by road. By the time the two projects are over, whereas was the case that one would have transited between Accra and Tamale and continue the rest by road, one can take off in Wa and land in Ho directly and vice versa.

So you see, he is human. So he has challenges just like any human. He is not perfect and had not been perfect. He has not brought heaven to Ghana and he never promised to deliver heaven either. However, even as human as he remain, John Dramani Mahama has invested in the Ghanaian economy for a prosperous and a secured future. His investments can never be matched under 4 years with the entire 8 years of the NPP. John Dramani Mahama deserves a second term. Like a business setup, it takes time to breakeven and then make profit. His efforts would materialise and bring benefits to us all.

Per the records of the NPP, if we dare change this government, we have halted all the developmental projects ongoing. They have a record of always abandoning projects because they did not start them. The NDC has always stood for the masses. For that matter, we present candidates that are people-centred and so we give you John Dramani Mahama as your president. A second term for him is a message of need for more projects and more development. Thank you for staying with JM. 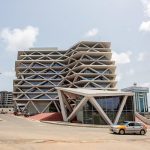