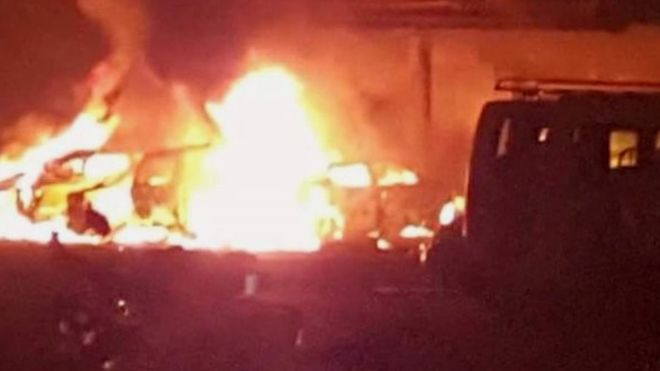 Gunmen have attacked a hotel used by westerners in Ouagadougou, the capital of Burkina Faso, in west Africa.

Eyewitnesses said two car bombs went off outside the Splendid hotel at around 19:30 local time (same as GMT).

Three to four masked men then stormed the Splendid Hotel, which is used by UN staff and westerners, witnesses said.

Local media report that at least one person has been taken hostage inside the building. There is not yet any indication of casualties.

Eyewitnesses reported hearing exchanges of gunfire between the men and security forces, as well as sporadic gunfire from inside the hotel. At least one car was seen burning outside the building.

Reports suggest the nearby Cappucino cafe was also attacked.

The four-star hotel is located close to the country’s international airport.

The US embassy in Ouagadougou said it was aware of the incident and was “closely following” the situation.

That coup toppled long-time leader Blaise Compaore, who had governed for 27 years.