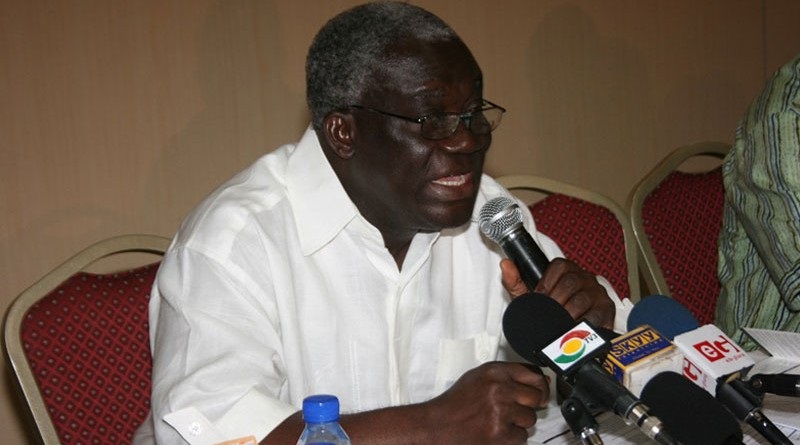 Senior, it has become necessary for Junior to respectfully write this letter to prompt your mind on certain developments.Senior, like the President stated months ago,”There should be full consultation and mutual understanding between Government and trade Unions” he stressed,pointing out that the absence of harmony has sometimes affected the survival and viability of trade unions, consequently hampering industrial peace needed by all Governments in pursuance of their economic and social programmes. I think the President spoke purely from the leftist position and informed by the natural alliance between trade unions and leftist political organizations.

Senior, you may have good reasons for deciding to embark on the planned demonstration but bro,I can assure you that,miscreants and politically inclined persons working with you will definitely use this normal tool used by unions to perpetuate an agenda which could create serious tension in the country. The political tension is too high,the current atmosphere isn’t normal, some political lords have succeeded creating a make or break atmosphere making such industrial actions dangerous. Information gathered and messages we hear on the airwave suggest that persons who are not members of the Union, have sworn to join the demonstration just to misbehave. We all witnessed what happened in this country during the Kumepreko and Siemepreko demonstrations, bloodshed, bones,broken, innocent citizens maimed etc.We experienced these horrible scenes because of the political tension at the time.

I think this is the time for leaders of the Union,workers and government to stand together,fight and defeat the common enemy which are poverty and populist economic policies which have been the bane for decades.

Senior, are you aware that some Party executives in some regions have already hired buses to transport party supporters to join your planned demonstration? That is my worry. The whole process will definitely turn into a politically coloured action which could spark unnecessary tension in the country.

I have always respected your sense of judgement and jealous of your analytical precision hence my confidence that this letter would be given the attention it deserves.

Always your comrade in spirit and action.