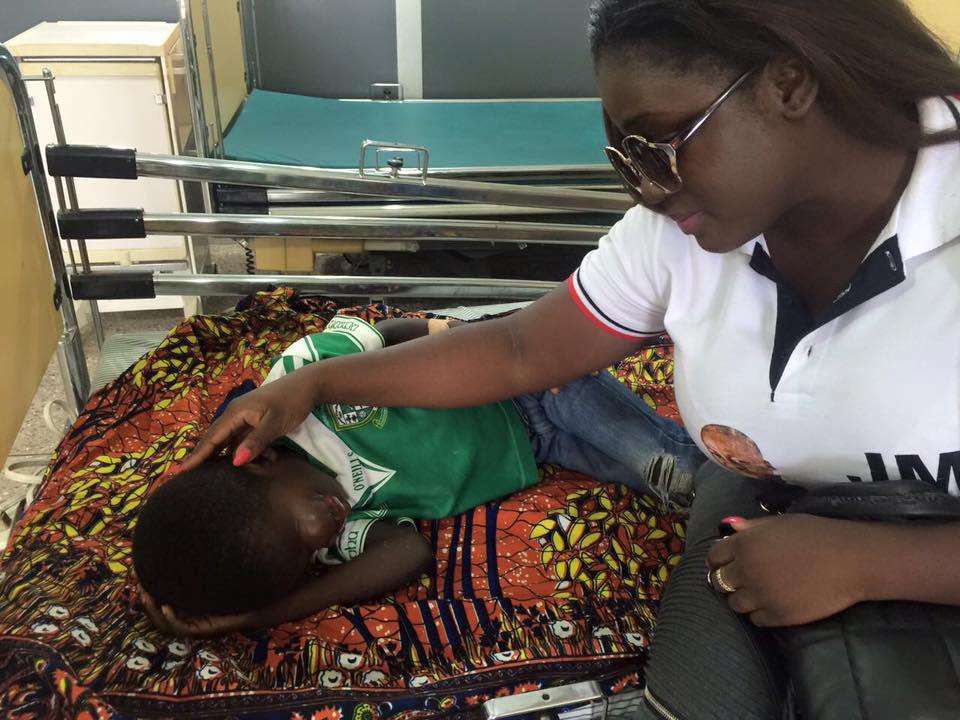 Tracey Boakye, leader of ‘Great Warriors For Mahama’ has gone to the aid of Godwin, a young boy who has been waiting for three days to undergo eye surgery.

The boss of Shakira Movie Production on Thursday, October 27 paid Gh 5000 for doctors to operate the swollen eye of Godwin. The surgery according to doctors will commence on Friday, October 28 since money needed to begin the treatment is paid.

Tracey narrating how she heard about Godwin’s situation said she met him when she visited a friend’s daughter at a hospital in Kumasi. Tracey continued that she felt sad when she saw the young boy’s condition so she had to help him since “nobody was coming to their aid after being admitted at the hospital for three days.”

“I met this innocent boy at the hospital yesterday when i visited a friends daughter, I felt so sad, my team and I decided to help this innocent woman and her son, Glory be to God and our humble and God fearing president #JDM we have been able to settle his bills and his surgery starts immediately.” she narrated on Facebook.