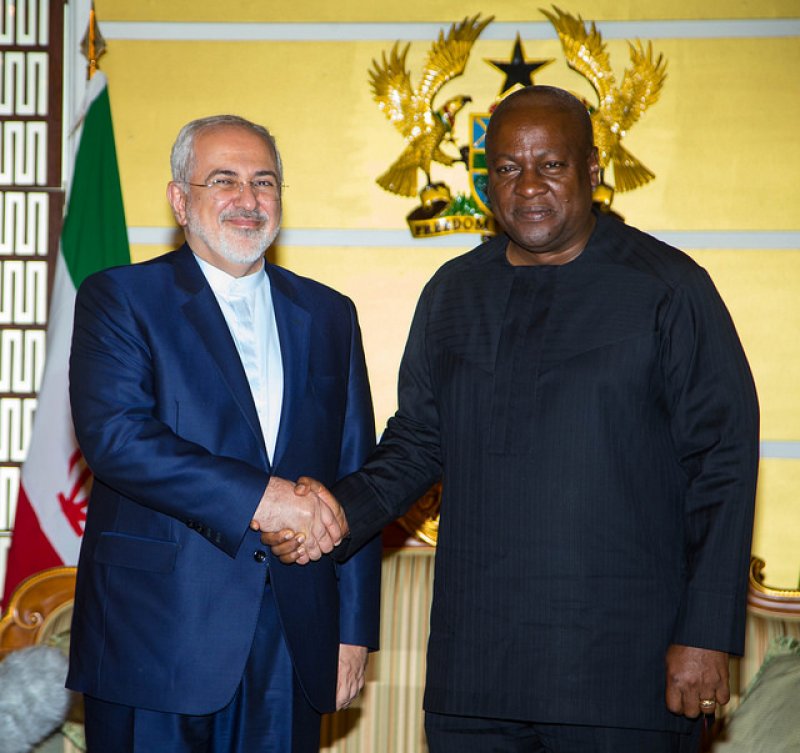 President Mahama presenting a stool to the outgoing Iranian Ambassador Mohamad.Photo; Vincent DzatsePresident John Mahama has reiterated government’s desire to increasingly partner Iran towards the development of critical sectors of the economy.

“We intend to continue to work with the government of Iran in the areas of agriculture, education, health and engineering,” he said.

President Mahama said this when the outgoing Iranian Ambassador to Ghana, Mohamed Solemani, called on him at the Eastern Regional Residency at Koforidua, to bid farewell after his five-and-half-year duty tour of Ghana.

Regional Residencies serve as the official residence and office of a President.

President Mahama, who is currently on a campaign tour of the Eastern Region, expressed appreciation to the Iranian government for the development assistance and cooperation saying “Ghana values it’s partnership with Iran and would continue to explore more development opportunities”.

He mentioned the Iranian government’s increased scholarship in the fields of medicine and engineering to Ghanaian students, the support to the Islamic University, support programmes for the agriculture sector, and the upgrade of the Iran Clinic into a hospital, as some of the benefits from the bilateral relations with that country.

President Mahama thanked the outgoing Ambassador for his contribution towards the progress of the ties between the two countries, and expressed optimism that he would continue to be a good ambassador of Ghana in his future endeavours.

Ambassador Mohammad, who has been appointed as Deputy Director for Africa at the Iranian Foreign Affairs Ministry, expressed sadness in leaving the country.

“I have enjoyed a lot of cooperation and support during my stay,” he said, promised to continue to promote Ghana in Iran.

Although sad, he said he was happy that that the relationship between the two countries made significant gains during his tenure.

He called for similar cooperation and support to be extended to his successor to enable him to effectively build on the foundation of economic diplomacy between Ghana and Iran.