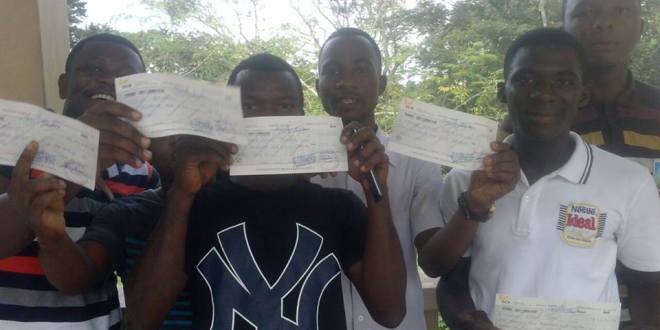 Controller and Accountant General’s Department has released GH¢53.7 million for the payment of salary arrears and allowances of 13,297 teachers whose documents have been validated by the Ghana Audit Service.

The beneficiaries constitute the first batch of teachers who threatened a strike to back their demand for the payment of their allowances and salary arrears.

The Head of the Public Relations Directorate of the Ghana Education Service (GES), Rev. Jonathan Bettey, who made this known in an interview, said the documents of the others were still being validated by the Audit Service.

“Immediately the team finishes with the second batch, they too would be paid,” he said, adding that the team was working hard to complete its work.

Rev. Bettey said the GES was happy with the good composure displayed by the various teacher unions, while negotiations and the other processes took place to address their concerns.

In particular, he commended the leadership of the teacher unions for their role in ensuring peace on the teachers’ front and appealed to those whose documents were still being validated to exercise patience, adding that they “will also be sorted out.”

Reacting to the announcement, the President of the National Association of Graduate Teachers (NAGRAT), Mr Christian Addai-Poku, said it was “good news”.

He said hitherto, there were fears that the money would not be paid, adding that there were still a lot of teachers waiting for their turn.

Mr Addai-Poku expressed the hope that those whose documents were still being validated would be paid promptly after the exercise, stressing that “this is important in order to maintain industrial harmony”.

For her part, the Deputy General Secretary of the Ghana National Association of Teachers (GNAT) in charge of Education and Professional Development, Mrs Gifty Apanbil, said if what the GES was saying was anything to go by, “then we are happy to hear that”.

Mrs Apanbil added that the association was keenly following the validation exercise and appealed to the Audit Service to expedite action on the documents in waiting.by-Daily Guide